The Return of the 8N

by Margy Eckelkamp
New Holland has brought back a legend with the Boomer 8N tractor. 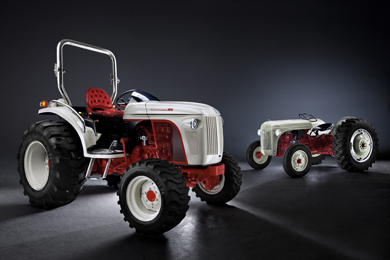 Attendees at the 2009 National Farm Machinery Show got a first look at this modern-equipped, retro-styled tractor. The original Ford 8N was manufactured from 1947 to 1952, and by its last year of production, more than a half of a million were made.
The new generation of tractor definitely looks like its predecessor as it carries over the gray sheet metal, red belly, vertical fins, and long front nose. As for the retro-style hood, the designers took the signature headlights from the original 8N and made them an integral part of the new hood design. This time around New Holland has made a vintage-looking tractor high-tech.
The New Holland Boomer 8N is geared with a continuously variable transmission and outfitted with a four-cylinder 50 hp engine. It boasts a 2,800 lb. 3-point lift capacity and can be paired with attachments such as a backhoe and loader. The operator will also notice an updated control dash, which was modeled after those seen on yachts. The newest 8N also features power steering and a telescoping steering wheel.
This past week I was visiting my brother in east Texas and saw a completely restored 8N. It made me wonder what original 8N fans think of this reincarnation? 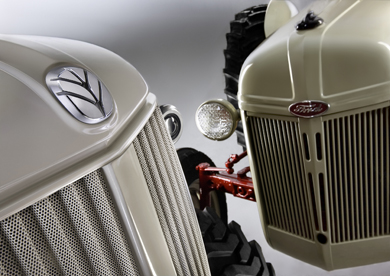