by AgWeb Staff
I was on my way fishing last week, when I stopped at my dad’s for the night.  The next morning we went to breakfast, and he mentioned he’d plugged a pipe going to the lagoon and had some “professionals” out to figure out what was wrong with it.

When we got to the farm I could not believe what I saw, absolutely the worst job in the world.  A diver had put on a diving bell, and was underneath the lagoon cover trying to feel around 10 feet under the surface of the manure for the end of the pipe.  The farm has a lagoon cover over the top of the manure to control odors which made this job a bit easier.  They simply cut a hole in the cover so the diver would not have to "swim" as far out into the manure.  After seeing the diver go down and surface a few different times, I was wondering where Mike Rowe from Dirty Jobs was.  This would have to qualify as the worst job I had ever seen.  The diver could not see through the manure, but was able to talk to his co-workers via a 2 way radio.

Once they found that the pipe had just built up with some old shavings and cottonseed, the diver was able to fix the problem,
and get out of the lagoon.  As he got out, the other people on the dive team sprayed off the diving suit, and finally started unclamping the bell from the top of the suit.  They took the bell and the suit off and to my amazement the diver was not dirty at all.  In fact the guy spraying off the diver was the dirtiest person there.

After mentioning this to a few people, they wanted to see some pictures as they did not believe me.  I have posted them here for their reference. 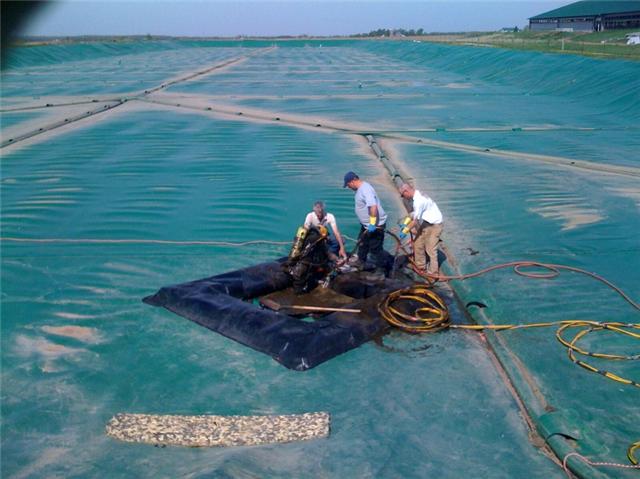 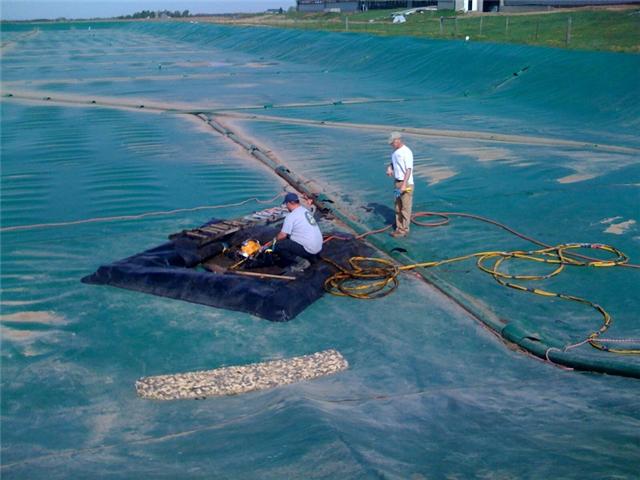 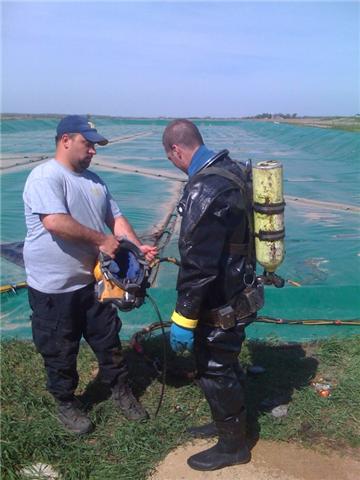