by AgWeb Staff
Federal and state emergency services are currently holding a series of flood preparedness meetings across North Dakota, South Dakota and Minnesota. Using Bismarck, ND as a point of reference: as of March 1st, Bismarck exceeded 70 inches of snowfall during a season for only the seventh time since records began in 1875. When you add a “normal” March accumulation of 8.5 inches on top of the 79.5 inches on the ground, Bismarck is just shy of the record 101.6 inches in 1996/1997… a spring that saw severe flooding for the Red River valley; the peak flood season for the Red River Valley is between April 7th and 18th. 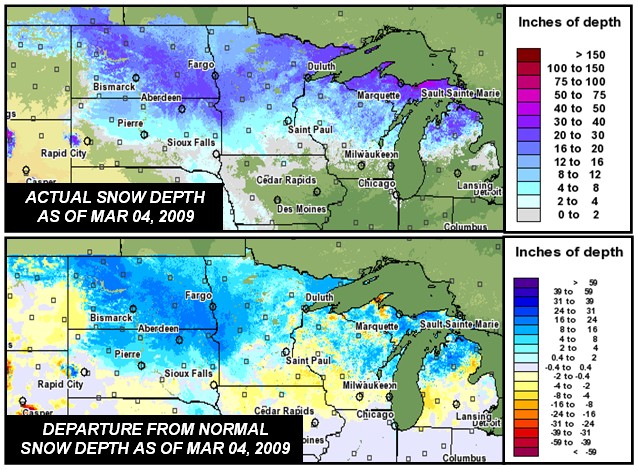