We Americans have a lot to be thankful for. We have more liberties, more food and especially more pop culture than any other country on the face of the Earth. Unless you live in a cave or on a remote deserted island (without cable) you have probably been exposed to American pop culture. Since I do not live in a cave or on a remote deserted island and I do have cable it should come as no surprise that on occasion some American pop culture references will find their way into my cartoons. Take, for example, the cartoon below. It has not one, not two, not three, but four (that’s right, go ahead and count ‘em) pop culture references. It’s probably my personal best as far as the pop culture category goes.  I admit, if you are from another country or even if you are from this country but are under a certain age you will probably take one look at the cartoon and say, “Huh?” Quite honestly I wouldn’t blame you. But I know I’ve hit the mark, at least with a certain demographic, when I receive emails saying how much someone has really enjoyed a particular cartoon. For example, I received an email from a newspaper editor telling me that the cartoon below was like a “cartoon grenade.” ...He read it and then, “four, three, two, one”...“POW!” It hit him. He had his wife read it and the same thing happened. For those of you who think I just doodle around all day it really did take some effort to work all of that pop culture into a single cartoon. After all, I wouldn't want you to think I was just horsin’ around. 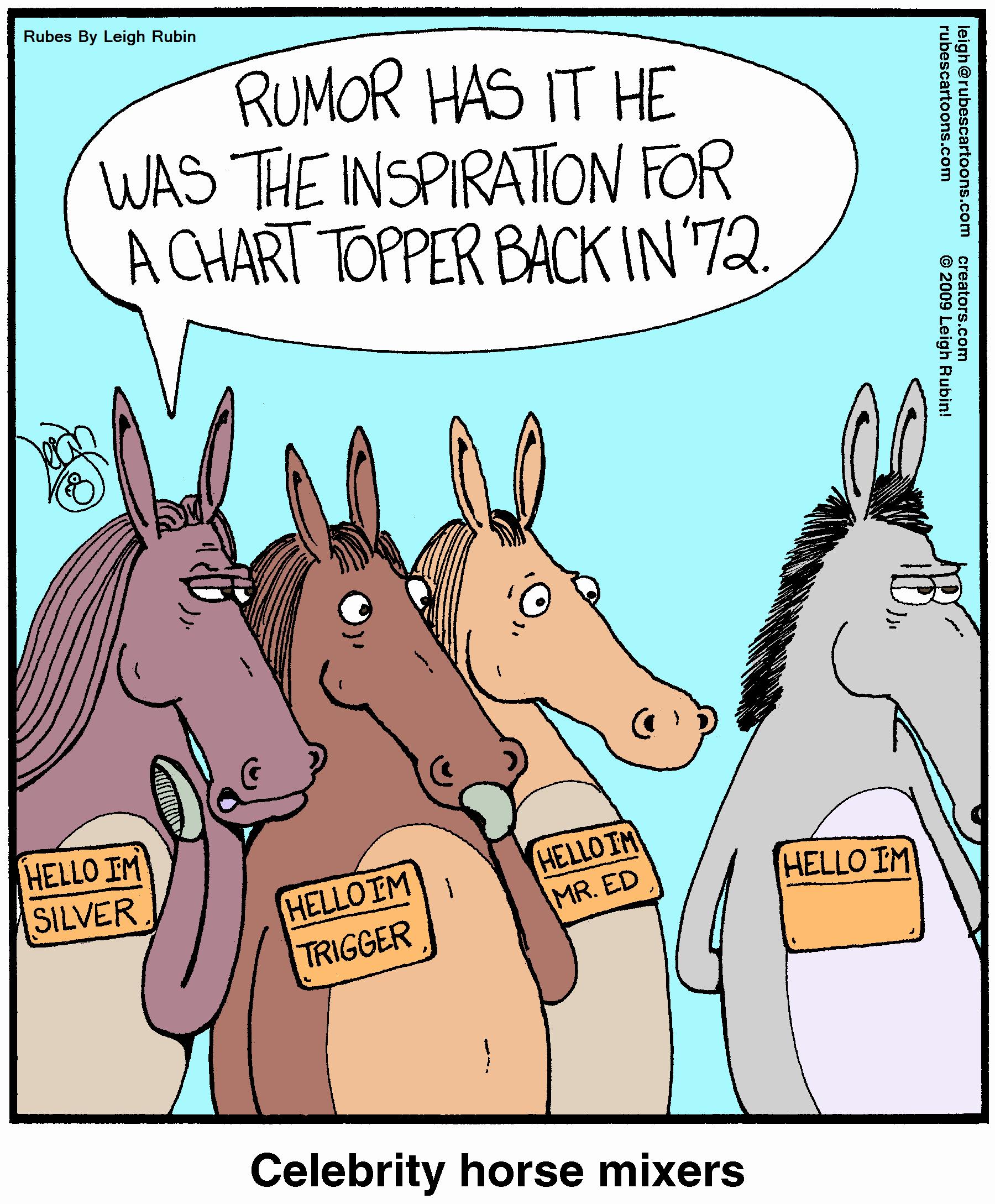 Want  to win your very own autographed copy of Leigh’s new best of Rubes® collection, “The Wild and Twisted World of Rubes”?! All you have to do is to share the funniest thing to ever happen to you on your farm. To enter the contest just click on the following link and Enter now!

Live near Southern California? If so then please visit the Rubes Cartoons booth #811 at the Los Angeles Times Festival of books April 24th and 25th at UCLA. For details see: www.rubescartoons.com/events.html