Ask yourself, how well would I have traded this market if I had these numbers last night? Subscribe now! See for yourself why this the second year of service has almost tripled my subscriber base, nearly doubling in the last 6 months. 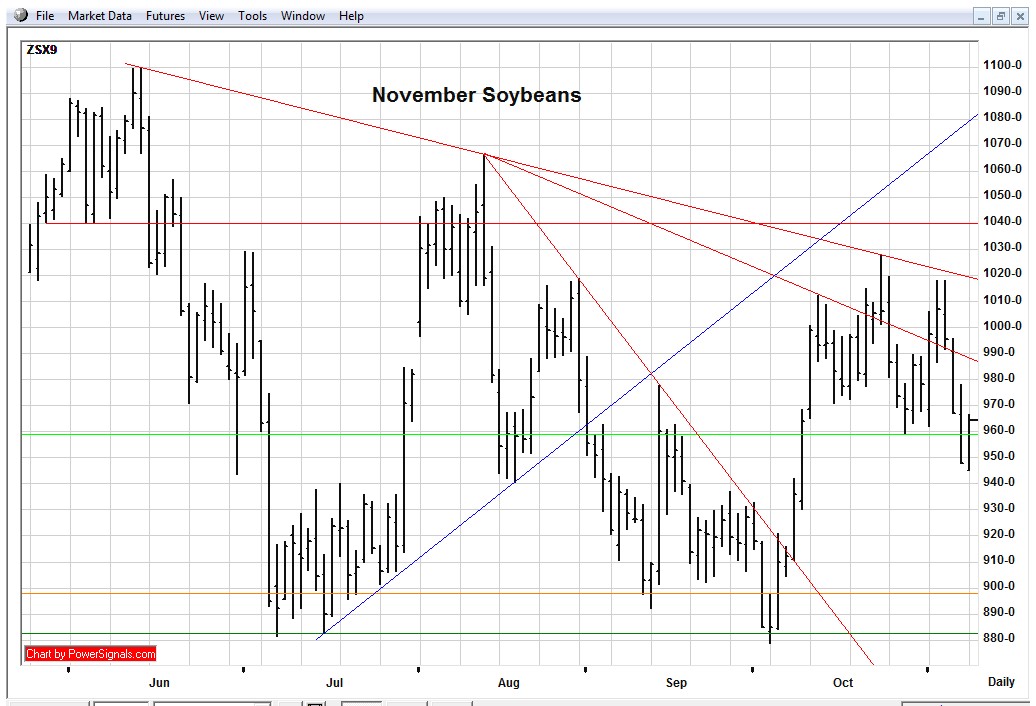 "This is another example of the power of the 3rd time at the trend line being in this case a downtrend line, strong resistance. Selling against this line using a tight stop let's say a $.05 buy stop, rewards you over $.20 by the close, a very nice day trade. If this type of trade works only 1/2 the time, you are definitely the casino getting odds instead of the player betting this line will not hold first time at it.

This downtrend also held the 4th time at the line last week, and was another opportunity to sell this line with a tight buy stop above for a nice profit again".

Many reasons this year for the swings in price, aided by the late start to the growing season and a normal frost, when a later than normal frost was needed to optimize yield. Rain delays are credited for the support, as well as the weak $. Bottom line: Bracket lines are areas that correspond with news events. Green and orange are when crops look good, red when the crops do not, or are delayed, aided by demand.

I have always said, "I do not care what the reason the market gets to a location on my chart that presents a trade opportunity".

Grains gained almost all of the recent losses on a day where the basis is falling, elevators are clogged, dryer forecast for the week ahead, but the freefall in the dollar is what money managers have their eye on.

It will be more important to me how the market reacts to the news than the news itself. If it is a bearish report and the funds are in there buying, it will prove to me that the fundamentals have lost control, and the money flow is the name of the game for now.

Find out why people from Canada, Germany, India, Switzerland, and the UK keep renewing this service.

Disclaimer:     No guarantee of any kind is implied or possible where projections of future conditions are attempted. Futures trading involve risk. In no event should the content of this be construed as an express or implied promise, guarantee or implication by or from Howard Tyllas, that you will profit or that losses can or will be limited in any manner whatsoever. No such