It’s no secret that the 2012 drought wreaked havoc on corn fields across the country.  What may be less known is the aflatoxin issue that developed as a result.  Aflatoxin is a fungal toxin produced by mold that degrades corn quality and is extremely harmful to humans and animals.  While hot, dry summers such as 2012 create ideal scenarios for aflatoxin to develop, insect damage opens the door to its proliferation. 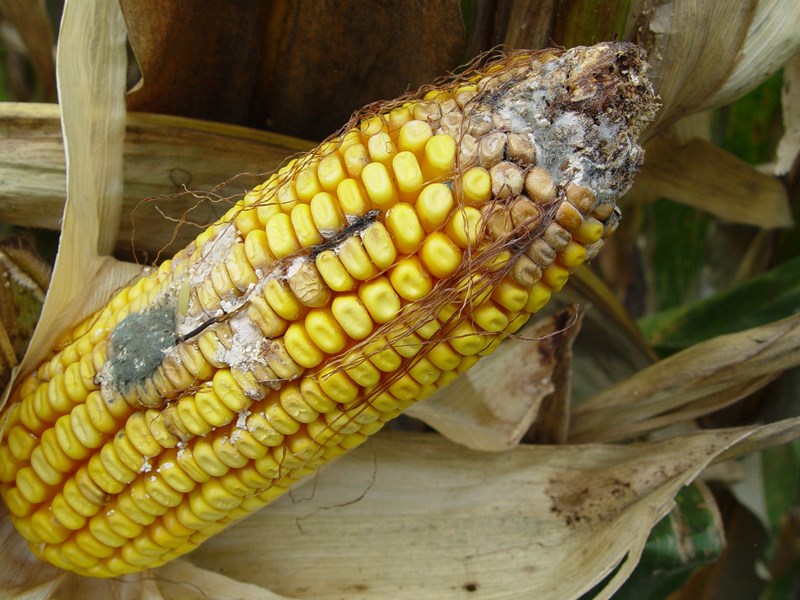 Fortunately, there is a formidable approach to fending off this known carcinogen – ear-feeding insect control.  Insect-imposed wounds on a corn ear offer a prime entry space for aflatoxin-producing fungi spores.  Once the spores develop, the harmful toxin spreads throughout the corn ear causing irreversible grain quality and economic damage.  To limit the opportunity for insects to cause quality damage to the grain and economic damage at the elevator, an effective insect control is vital.
Of all insect control traits on the market, the Agrisure Viptera® trait from Syngenta has demonstrated unparalleled control of ear-feeding insects that open the door for aflatoxin development.  To combat aflatoxin with breakthrough insect control, use a hybrid containing the Agrisure Viptera trait.