Farmland v. Stock Market? Nod Goes to Farmland but There Are Warning Signs

Investments in farmland tend to out-perform investments in the stock market, according to updated research and analysis from Dr. Mike Duffy, Iowa State University. But, like most things, timing is everything. In addition, his analysis raises a warning flag about current high land prices. 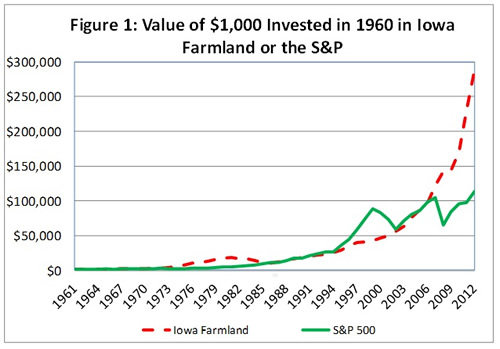 Figure 2 shows the comparison for money invested in 1970. The figures show Iowa farmland beating the stock market by 122%. Again , note the bulk of farmland's advantage came within the past five years. 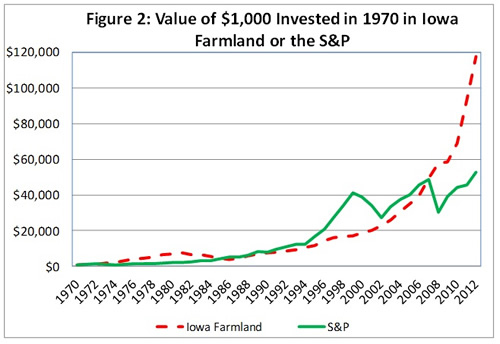 Figures 3 shows the comparison for money invested in 1980. Here the results are flipped as the stock market outperformed farmland by about 40%. Anyone owning farmland and/or operating a farm in the early 1980s knows well what happened to farmland values during the early 1980s. The farmland values peaked in 1981 so farmland purchased the end of 1980 was purchased near the peak price. The drop in prices did not end until 1987; the slow climb upward began in 1988. Prices did not return to their 1981 peak level until 2003, 22 years later. No wonder the 1980 comparison favors the stock market. 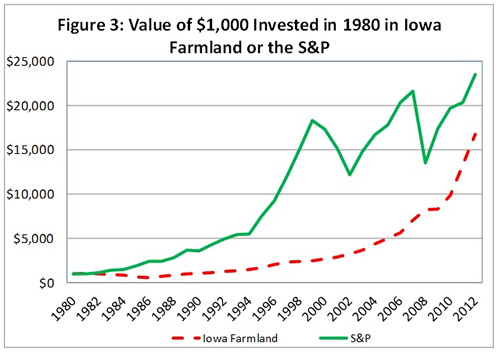 Figure 4 shows a comparison of returns in 2012 based on the year of initial investment. It's message is somewhat unsettling. It charts the returns to farmland as a percent of returns to the stock market. Anything above 100% is positive for farmland relative to the stock market. The chart shows the stock market wining the returns from 1974 to 1984. That's when land values boomed, rental returns fell as a percentage of farmland values, farmland prices peaked in 1981 and then collapsed. Looking to the right side of the chart shows the stock market is once again positive relative farmland. That's because rental rates (no doubt seemingly high by tenant standards) are falling as a percentage return due to the strong rise in the value of farmland. This is very concerning. Is it a sign of a market top? We don't know but it is certainly a reason for being very cautious about farmland purchases, leverage and working capital management. 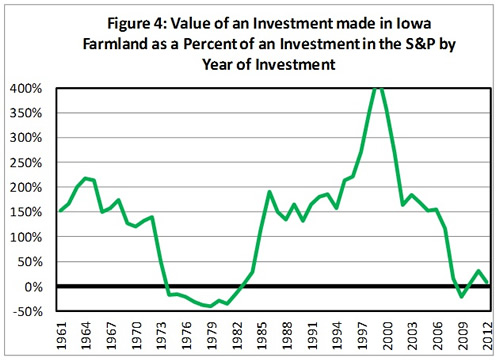