I am Fighting for Common Sense in 2011

As 2010 begins to wind down, I wrestle with identifying the BIG story of the year. Personally, for me it is not necessarily the one headline that reached top bill but the building trend from anti-agriculture groups that are eroding my freedom to farm.

Let’s take a reality check. The wave of change is here. We have shifted into the era of regulations governed by emotions rather than rules formed by documentation and reason. It has become an emotional battle ground hyped by lawsuits and scare tactics.   Did all this happen in 2010? No- it has been mounting for years but anti-agriculture groups have seen the opportunity to pounce.
In an earlier blog post, I admitted I am deeply concerned that the next generation will not have the equal opportunity to raise beef cattle. Many involved in animal agriculture might claim that I am talking extreme but let’s look at the writing on the wall from the mouths of leaders of the Humane Society of the United States (HSUS):
1996
“My goal is the abolition of all animal agriculture."
---JP Goodwin, employed at the Humane Society of the US, formerly at Coalition to Abolish the Fur Trade, as quoted on AR-Views, an animal rights Internet discussion group.
2002
“We would be foolish and silly not to unite with people in the public health sector, the environmental community, [and] unions, to try to challenge corporate agriculture.”
— Wayne Pacelle President/CEO, at the Animal Rights 2002 Convention
2009
"Raising 10 billion land animals in the United States annually for food is simply not a sensible
plan of action," Pacelle wrote. "The science is clear that a diet that is primarily plant-based is
better for our personal health, and it's obviously better for animals and the environment." Wayne
Pacelle. A Humane Nation blog October 8, 2009
The goal of organizations like the HSUS is to Veganizing Americans asking everyone to give up all those delicious juicy hamburgers-porkchops-cheese-eggs to save the planet. They look for the emotional plea changing the message for each audience using the weakest link to accomplish the organization's true agenda-Not to support local aninmal shelter [a great cause] but to end animal agriculture.
Have they made progress?
The passage of Proposition 2 in California in 2008 prohibited the confinement of farm animals. Organizations like HSUS, Farm Sanctuary, and The Fund of Animals used $5milllion in funds to pass this landmark legislation.
In 2009, HSUS moved to Ohio to pass similar measures as California.   The state’s animal agriculture industry turned the tide and passed the Ohio Livestock Care Standard Board.
In 2010, Missouri Dog Breeding Regulations Initiative, Proposition B, “Puppy Mill Initiative” was passed by voters. The measure was sold to voters as a puppy mill cruelty act but opens the backdoor to greater government regulations of farm animals.
The fact of the matter, any law can be changed in swipe of the pen. Cross out a few words, add common agriculture practices, and then we watch the seed planted as a puppy cruelty bill flourish into a ban in raising livestock. 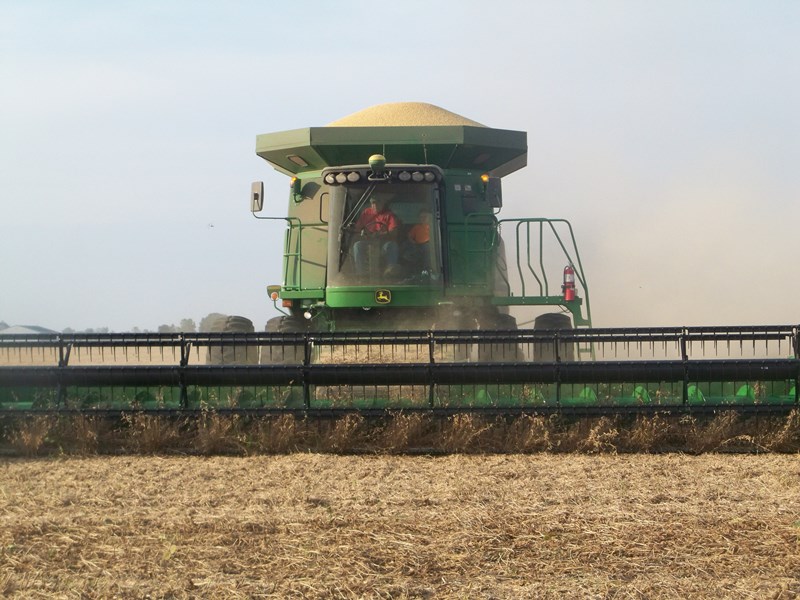 It is no accident that the modern environmental movement has chosen the Obama administration to accelerate its pressure to place stringent regulation on the agriculture industry. Prior to the election of Barack Obama, the modern environmental movement planted their seeds using polar bears to sell global climate change and frogs to ban Atrazine. Similar to the anti-animal agriculture campaign the environmental alarmist use cute animals to tug at the strings of the unaware.
In 2010, the Environmental Protection Agency (EPA) celebrated their 40th Anniversary by proposing stricter regulations, practicing creative rule combinations, and drafting new permits that limits all farmers and costing producers’ earned dollars.
In May, the EPA reopened the safety profile of Atrazine after alarmists filed numerous lawsuits asking the maker of Atrazine to pay for the removal of the herbicide from the drinking water. The EPA historical reevaluation disregarded the overwhelming current documented research stating there is still no evidence that Atrazine poses any health risk when found in miniscule quantities in groundwater. In addition, EPA disregarded that the license of Atrazine was not up for reapproval.
EPA demanded that the states make significant progress on Water Quality Standards or adopt the Federal standards.  The trend to shift from the promotion of voluntary Best Management Practices to establishing regulations on non-point sources like agriculture are fueled by lawsuits and confidence in current elected leaders. It was full throttle ahead in Florida after Environmental groups in Florida sued the EPA over the failure to establish Water Quality Standards. Likewise the EPA reccomended strict regulations on agriculture in the Chesapeake Bay area in response to President Obama’s Executive Order to restore the watershed. In both regions, reports have indicated that there are gaps in research and data not identifying all sources of pollutants and the correct actions to improve the water quality. Instead of addressing the gaps or asking for extension in deadlines, the EPA is moving forward with regulations without weighing the benefits over the costs.
While participating in my state's Nutrient Reduction talks, I have heard repeated messages that the U.S. EPA is no longer interested in data but action. EPA does not want to discuss economics or frankly feeding the world.
As technology advances, we as farmers and ranchers evolve in current agriculture practices. Today farmers and ranchers have moved from self-sufficient operation that feed his or her family to specialized operations in feeding the world. The average U.S. Farmer feeds 155 people; a farmer in 1960 fed just 26 people. The larger stride agriculture accomplishes in technology the larger the regulatory assault.
Before the majority of our ancestors set forth on this great nation, the Native Americans were living off the land-Primitively performing the exact same farming tasks we complete today: plowing, planting, harvesting, raising animal, and hunting. Why is such a crime that individual’s blessed with the talent to raise plants and animals are doing so for an occupation?   Is it a misdemeanor to be passionate about your career?
As generations are removed from the farm, so is the common sense. The tradition of spending time with our elders listening to their wisdom is becoming extinct. If the children today, listen to the older generation recalling the weather cycles of the past would they be so quick to believe in the global climate change claims? If children worked side by side with family members in all stages of raising livestock would they be quick to vote to ban confinement structure for livestock designed to protect both the animal and human? Would we have elected officials who experience getting his or her hands dirty to produce food?
In 2011, I am fighting for common sense.  I am speaking out for agriculture.  As a farmer I will not take the blame for higher oil prices, higher food prices, for destroying the plant, and I will not take the fall so others can advance hidden agendas using scare tactics as their gravy train.  However, I will fight for right to grow crops with today's proven technology and allow my kids the right to raise livestock.  Speak Out for Agriculture and Join me in being the face of Agriculture.
keyword:
Keyword
Corn
Beef (General)
Cattle
EPA
Production
Archived Content
Soren Bjorn talks blueberries
Unilever exec takes reins of Chilean fruit exporter Agricom
Is it Schedule F or Net of Packing
Corn, Soy, Wheat Futures Surge on Lower-Than-Expected U.S. Grain Stocks
Port Manatee recertified for anti-terrorism program