January 31 is going out like a lamb for most of the country trending the 2nd warmest in 25 years. While the month was certainly cooler than the record shattering warm December, it was still the warmest January in 3 years for the U.S. overall with above average temperatures. January 2016 temperature trends vs average and vs last year.  CLICK FOR LARGER VIEW 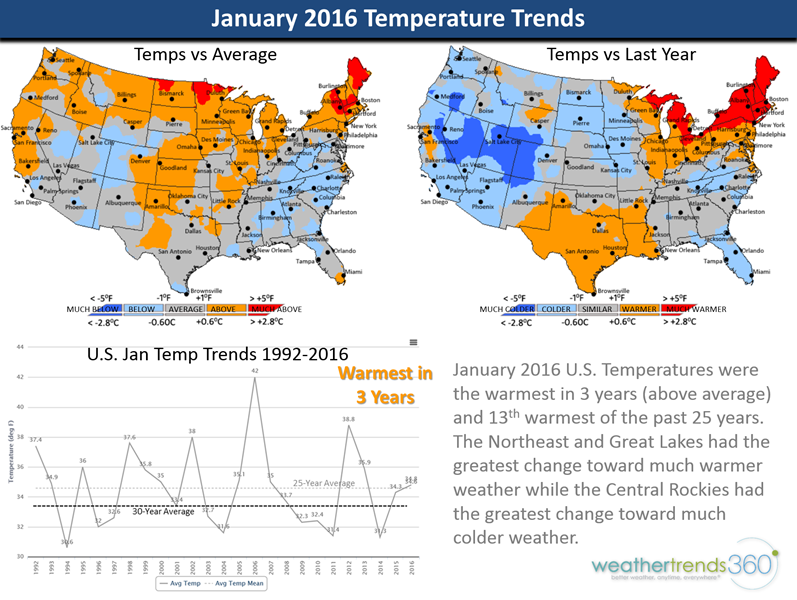 Precipitation was the wettest in 3 years for the U.S. overall but that's still below average. The wet spots remained in California where the month trended the wettest in 6 years with 36% above average rainfall...they'll take it! Florida was also on the wet side with a couple bouts of severe thunderstorms and tornadoes. CLICK FOR LARGER VIEW 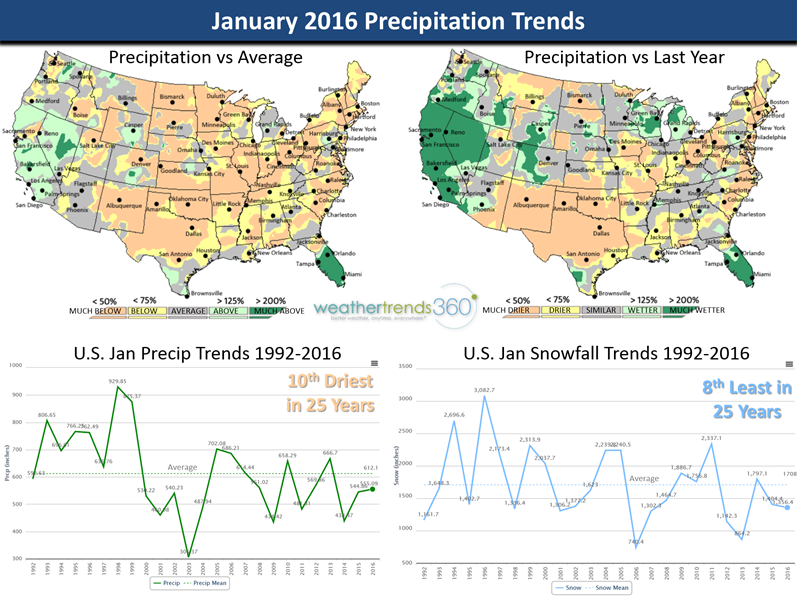 U.S. snowfall in January was the least in 3 years (8th least in 25 years) trending 21% below average. The obvious snowy spots were in the Middle Atlantic and Southern Northeast with the record blizzard 23 January. Not every year you get a record blizzard and a hurricane in the Atlantic Ocean! The good news for Spring lovers is we're now 66% through the meteorological Winter (1 Dec - 29 Feb) which is currently trending the #1 warmest in 121 years for the U.S. overall.  CLICK FOR LARGER VIEW 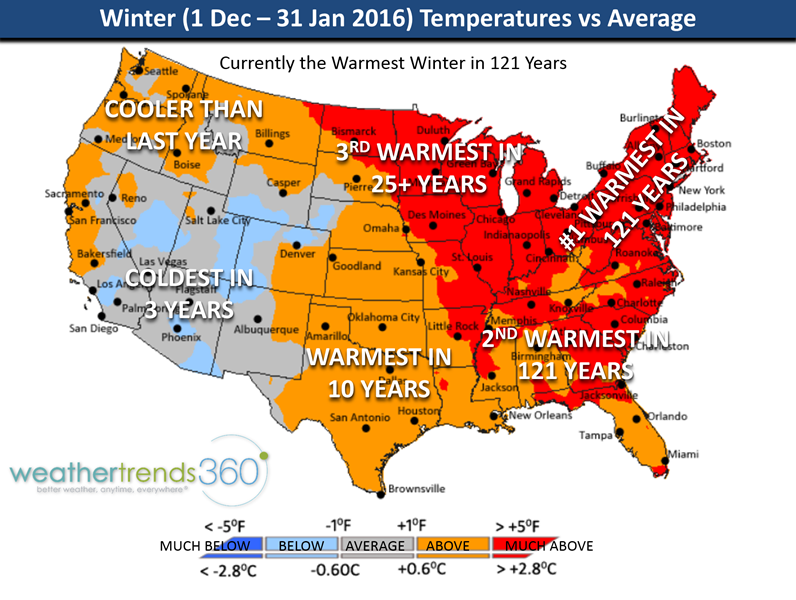 The only coldspots are pockets in the Rocky Mountains. Precipitation has been wettest in the West, Central U.S. (back in December) and Florida. U.S. Season-to-date snowfall has been the 3rd least in 25 years, 31% below average and 10% less than last year for the 1 October - 31 January period. CLICK FOR LARGER VIEW 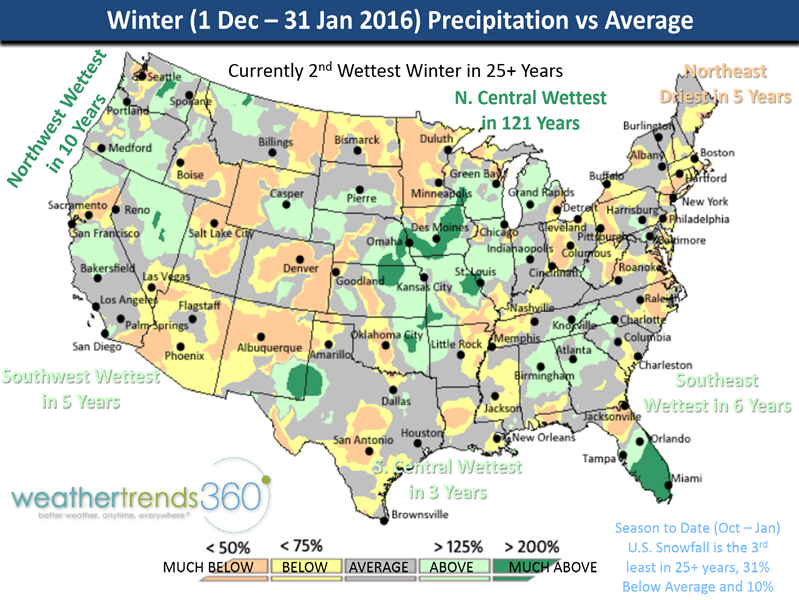 It also appears we may have already had the coldest days of winter back on Martin Luther King Jr. Holiday in middle January. This chart below shows the U.S. hi/lo temperature trends for the country as a whole (lines) and how that's different than last year (bars). Again, notice the blue line bottomed out back in middle January. Another cold shot taking shape for the 2nd week of February but probably not as cold as we've already seen so it appears it's all up hill from here for the U.S. as a whole! :) CLICK FOR LARGER VIEW 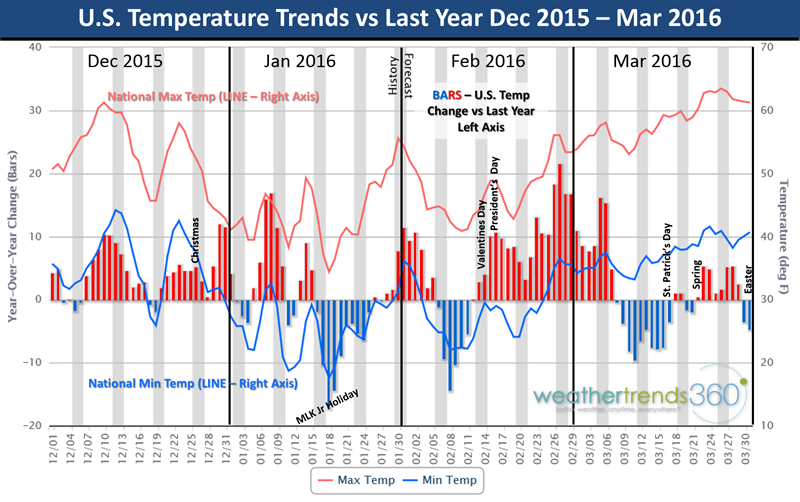 Let's see what that pesky Ground Hog has to say on Tuesday about the rest of Winter...he's only about 30% right so take the outlook with a dose of uncertainty.

P.S. It was great to meet so many FANTASTIC folks out at the Top Producer conference in Chicago this past Wednesday!  It has to be the best and best managed conference I've ever attended. Hat's off to Kayla, Tyne, Pam, Kris and Melissa for the warm hospitality. :)

To see your 14-day outlook visit our Dashboard page with no ads: