Will It Ever Stop Raining? Potential Weather Impacts on Corn Acreage 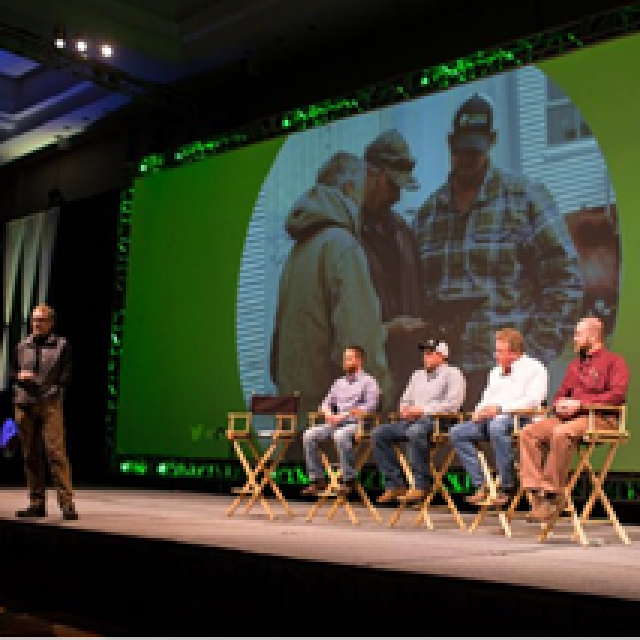 Will It Ever Stop Raining? Potential Weather Impacts on Corn Acreage

Will it ever stop raining? That’s likely what farmers must be asking themselves this spring as the rain systems just keep coming.

While Nebraska and Iowa got hit with epic amounts of moisture in March, the patterns have shifted in April and early May to put more of that moisture into the eastern Corn Belt. The map below illustrates the departure from normal for precipitation over the last 30-day period. Wide swaths of Illinois and Indiana have seen 2-4 inches more than normal for the last 30 days, which has stymied any real movement on corn planting for these states. Also, the Delta region, which is mostly planted, has seen intense rain totaling 5 inches more than normal, and that could cause replanting there.

Based on USDA’s latest Crop Progress report, all of the eight largest corn growing states are well behind normal for corn planting at this time of the year. The chart below illustrates the deviation from normal across 28 years as green/red dots. The blue line shows where each state stands relative to history.

This year, the slow pace is most pronounced in the eastern Corn Belt states of Illinois, Indiana and Ohio, as well as the upper mid-west of Minnesota.

How likely is it that we will see an acreage reduction as a result of slow planting pace? The colored dots above help us answer that question. The dots in red represent a year when final corn acreage was below the March 1 survey by USDA. Conversely, green dots show years when the final acreage number by USDA was higher than their March 1 survey.

For those Eastern Corn Belt states of Illinois, Indiana and Ohio, the data shows no years where we didn’t see an acreage drop when planting was delayed as much as we are in 2019. Each state is trailing the long-run average by 30% or more, and in the years when the pace was below 30% we have yet to see those states actually increase acres.

For Minnesota, which also lags be a wide margin, the data is not as delineated. However, we do see 5 out of 7 years when acreage falls, based on a 30% or more lag in planting pace.

While this seems like a bullish story, the question becomes are these problems big enough for these for states to materially change U.S. acreage. As a group, these four states account for 30% of U.S. corn acreage as pegged by USDA. Also, as a point of reference in those years, when planting pace is delayed by 30% we see an average acreage drop of 1-3%.

So when you add up the potential loss in acreage, it is only around 300,000 acres on a 92.8 million acre U.S. crop; however, that’s not to say the acreage impact won’t be larger—that depends crucially on the weather between now and the end of the month. Current forecasts show a fair amount of precip coming to the western Corn Belt during the next 10 days, but the eastern Corn Belt could see a break. Regardless, the market should give added significance to each Crop Progress report as we get closer to the end of May.