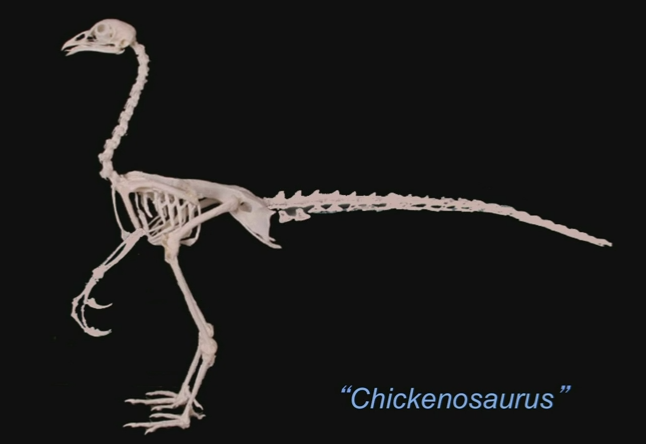 Chickenosaurus. It sounds like the name of a bad horror flick, but it's actually the project of a world famous paleontologist to recreate a dinosaur. Jack Horner believes that we can bring back to life a small dinosaur by using DNA hidden in their ancestors, chickens. Birds have been accepted as descendants of dinosaurs for quite some time. Ostriches, sandhill cranes and hoatzins are some of their closest relatives. However, chickens were chosen for the project in hopes to unlock the secrets of the dinosaurs because they are domesticated and easy to care for. If it works, what does a "chickenosaurus" taste like? We're guessing chicken.

Mover over Ebola, there's another virus on the block that is making people go crazy...well, maybe a better word would be dumb. A virus known to infect green algae has been found in the throat of people who performed worse on a cognitive test that measured speed and accuracy of visual processing. Also the 40 participants out of 90 who had the virus also had a lower score for attention span. Guess the people who are plagued with this virus need to just wear an "I'm With Stupid" shirt with the arrow pointing up so we all don't get infected.

Cattle have been getting a lot of negative press for polluting water,  global warming and a myriad of other issues.

A recent study by the University of Georgia, Athens, shows that cattle could be the answer to a major man made problem: food waste. Nearly 34 million tons of food is sent to landfills each year in the U.S., but things like vegetables, fruit and baked goods would be better served as feed than garbage. The study found that grocery waste in particular could be an alternative feed source when made into an ensiled product.

Less beef production but prices should continue to rise, according to USDA.