Handiest Tool in the Shop 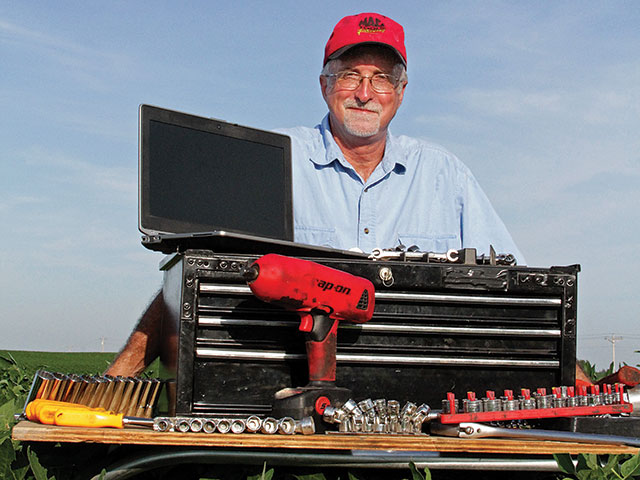 When I was starting out as a mechanic I asked an older mechanic what was his most useful tool. He thought for a moment, and said, "Well, I'm really fond of my pry bars. I probably use that 3-footer more than just about anything in my toolbox. A good pry bar is like having an extra hand when you're trying to move or position something. I'm also really fond of my 32-ounce ball peen hammer. It's my "Equalizer." And I'd hate to give up my Snap-on fine-tooth ratchets 'cause they save a lot of time (This was before the advent of battery-powered impact wrenches that have reduced the use of ratchet wrenches by 80 percent.)

"But," he said after thinking for a bit, "I think the tool I use the most is this little pocket screwdriver." He pulled from his shirt pocket a battered little 4-inch screwdriver, its flat blade worn to a rounded tip. "I grab it more often than any other tool I own. It opens plastic parts packages, splits open parts boxes, clean grease and gunk from around bolt heads, scratches index marks on housings, cleans my fingernails, and sometimes I even use it to remove screws."

That conversation was decades ago, but it has proven to be true. During my career I've worn out combination wrenches and ratchet wrenches, and had to purchase new pry bars because of, "abuse beyond warranty." (That's what the tool salesman said when I tried to warranty bars with broken handles or bent shafts.) What can I say? Stuff happens.

But during that same time I've worn out, replaced  or lost more than two dozen pocket screwdrivers. So, from my vantage point, a pocket screwdriver is possibly the handiest tool in my arsenal. My latest one has all the print worn off its handle. It's formerly flat, square tip is rounded almost to a point, and its shank has a slight bend to one side. It's almost close to nearly being worn out enough to replace.