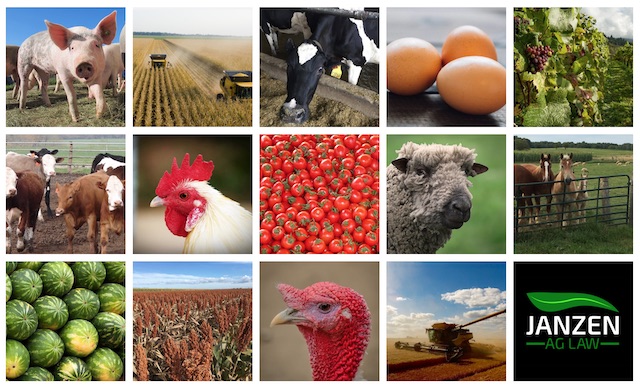 In Himsel, a farm family decided to build a new hog farm on some of their existing farmland. They applied for and received the necessary permission from the county and the state to build the farm. The farmers built the barns and populated them with pigs in October 2013. That month, a group of area neighbors filed a lawsuit against the farmers and their integrator, alleging the farm was a nuisance, was being operated negligently, and caused odors that constituted a trespass. The trial court initially ruled in favor of the neighbors, allowing the case to proceed to trial. This went against years of Indiana Right to Farm Act court decisions and the Act itself. The IALF, Indiana Pork Producers Association, and Hendricks County filed briefs in support of the farmers and asked the trial court to reconsider. The Court agreed with the farmers and their supporters and reversed its initial order, this time entering judgment in favor of the farmers. The neighbors appealed to the Court of Appeals.

On appeal, the neighbors argued the farmers failed to meet the Act’s requirements. The neighbors claimed the CAFO would have been a nuisance at the time farming began in that area. Since the neighbors built their homes before the hog farm existed, they argued the Right to Farm Act should not apply. The neighbors also argued the odor from the farm was a “trespass” and that the county was negligent for siting the barns too close to the neighbors’ homes. Finally, the neighbors alleged that the Act violated the Indiana and US constitutions by providing privileges to farmers that did not apply to their non-farming neighbors. The Court of Appeals rejected all of neighbors’ arguments.

The farmers and the amici, including the IALF, argued—and the Court agreed—that the Act preserves farmland by protecting farmers against nuisance lawsuits even if the modern farm arrives after the nieghbors had already settled into the area. The change from cropland to livestock farming is not a statutorily “significant change” which would remove the Act’s protections. The farm was used for agricultural purposes at least as early as 1941, and neighbors’ non-farming land use began well after 1941. The neighbors knowingly built their homes in an agricultural area. That was enough for the Act to apply. The Court also rejected neighbors’ attempt to “repackage” their nuisance claim as one for “trespass” or “negligent siting.”

Finally, the Court held that the Indiana Right to Farm Act is constitutional. The Act does not violate the “Open Courts Clause” in the Indiana Constitution because the Clause does not require the law to provide a remedy for every wrong. The Open Courts Clause merely prevents the legislature from arbitrarily denying access to the courts. Likewise, the Act does not run afoul of the state or federal “takings” clauses because Plaintiffs were not deprived of all the value of their properties. Lastly, the Right to Farm Act does not violate the Privileges and Immunities Clause of the Indiana Constitution, because the Act itself spells out the rationale for treating farmers different than their non-farming neighbors. The purpose of the Act is to protect and encourage the development of agricultural land for the production of food.

The neighbors still have time to appeal by asking the Court of Appeals for a rehearing or they can ask The Indiana Supreme Court to review.