It may look and feel as if the long-term downtrend is over, but many other facts suggest otherwise. That makes scenario planning extremely important. 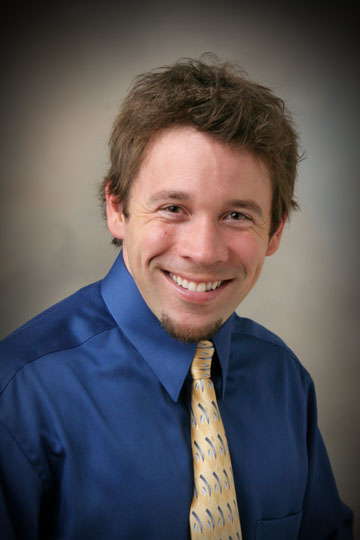 The drought in New Zealand has created tremendous volatility in the milk market this winter. At the end of January, and into the first half of February, we were seeing 40-50 cent swings from high to low nearly every day. Droughts have that kind of effect on markets. They create uncertainty, and that brings volatility.

Another thing this drought seems to be creating is the hope among dairy producers that we’ve come off the price lows and are headed back toward more favorable milk prices. Producers remember the impact that the 2013 New Zealand drought had on milk prices -- it was one of the pieces of the puzzle that lead to the 2014 milk bull market. We are concerned that this bias will cause producers to do nothing to protect their milk price from the seasonally lower prices that could come to fruition this spring.

We are not trying to rain on your hope-filled parade. We simply want to share with you the context for the recent volatility. What looks like a market reversal may in fact be bear-market corrections. Scenario planning is extremely important to avoid getting caught up in euphoric price moves.

Is it a bear market correction?

Sharp upward corrections in milk bear markets don't always happen. In the 2000 and 2002 milk bear markets, when the U.S. Dollar was in its last bull cycle, milk prices saw no major long lasting upward volatility or corrections. Instead, prices consistently ground lower nearly month after month through those years.

In the two more recent bear cycles for milk prices, 2006 and 2009, we witnessed upward corrections that were sharp and intimidating, considering the rate at which prices moved higher. The chart below shows both the magnitude and speed with which the 2006 and 2009 bear market corrections played out. Using the July contracts as the examples, in 2006 the price went from 11.10 to 12.15, and in 2009 the price went from 12.35 to 14.85. Both years, it can be seen what prices did after the highs were hit going into the spring flush. Down.

On January 29, 2015, five milk contracts finished the day at the 75-cent limit up. (The last time that this occurred was March 19, 2009.) Since January 29, prices have been sideways to higher, until the beginning of March. Very recently here, the 2015 average has fallen, although overall the 2015 average is still up about 1.20 from its low. That means there is still opportunity here to get some downside price protection in place on some of your milk. If we break out of the current trading range to the downside, the opportunity could disappear fast. 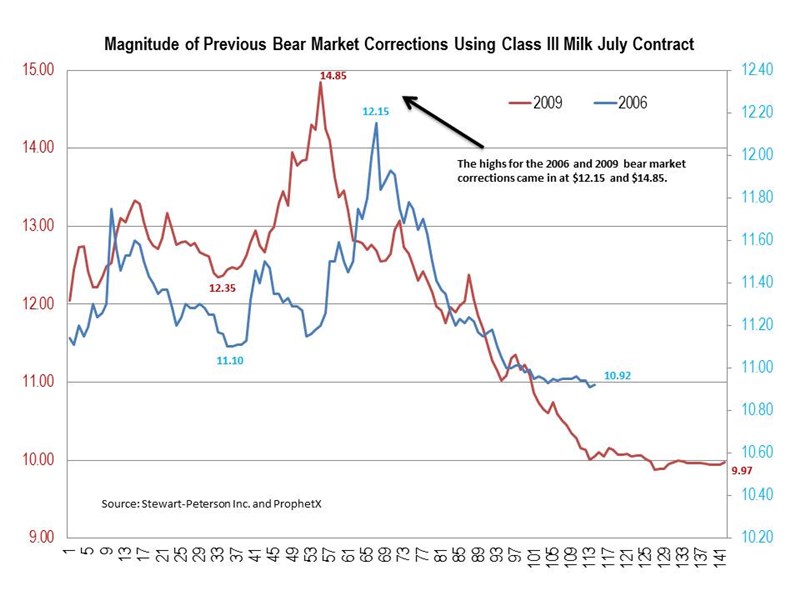 The challenge with volatility and sharp moves up is that producers may be afraid to take advantage of the opportunity the market is providing. Producers may focus on the New Zealand drought, remembering the bull market for milk that the last such drought produced, and forget about the macro picture.

Here is the context for 2015 milk prices that causes us to think that recent volatility is more of a correction than a reversal of the trend:

All these reasons lead us to believe that the risk is high that this recent rally is a bear-market correction. This means it is  important to act upon the opportunities presented in this recent stint of price volatility. It may look and feel as if the long-term downtrend is over, however, many other facts suggest otherwise.

In the event that this recent rally is just a bear-market correction, there are ways to get downside price protection in place. You can still be positioned to participate in any additional opportunity the market may provide if the New Zealand drought creates further bullish implications for milk down the road. It’s always good to scenario plan so that you are ready to take advantage of whatever the market does.

Most importantly, don’t ignore the macro picture in the euphoria of the recent moves.

Matt Mattke is a commodity analyst and strategy team leader with Stewart-Peterson Inc., a price management firm based in West Bend, Wis. You may reach Matt at 800-334-9779, or email him at [email protected].

The data contained herein is believed to be drawn from reliable sources but cannot be guaranteed. This material has been prepared by a sales or trading employee or agent of Stewart-Peterson and is, or is in the nature of, promoting the use of marketing tools, including futures and options. Any decisions you may make to buy, sell or hold a futures or options position on such research are entirely your own and not in any way deemed to be endorsed by or attributed to Stewart-Peterson. Commodity trading may not be suitable for all recipients of this report. Futures trading involves risk of loss and should be carefully considered before investing. Past performance may not be indicative of future results. Copyright 2015 Stewart-Peterson Inc. All rights reserved.