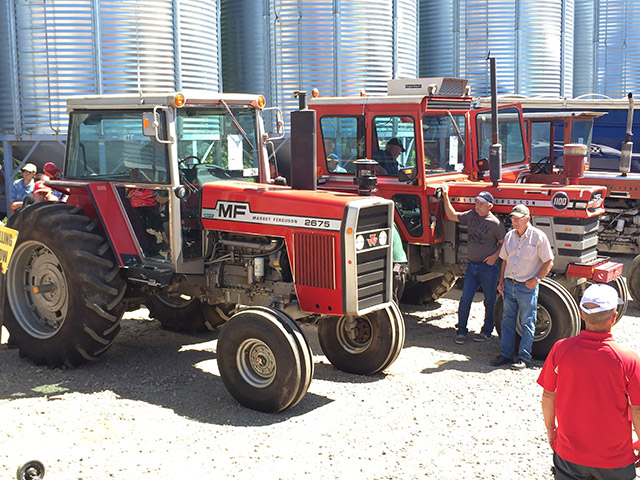 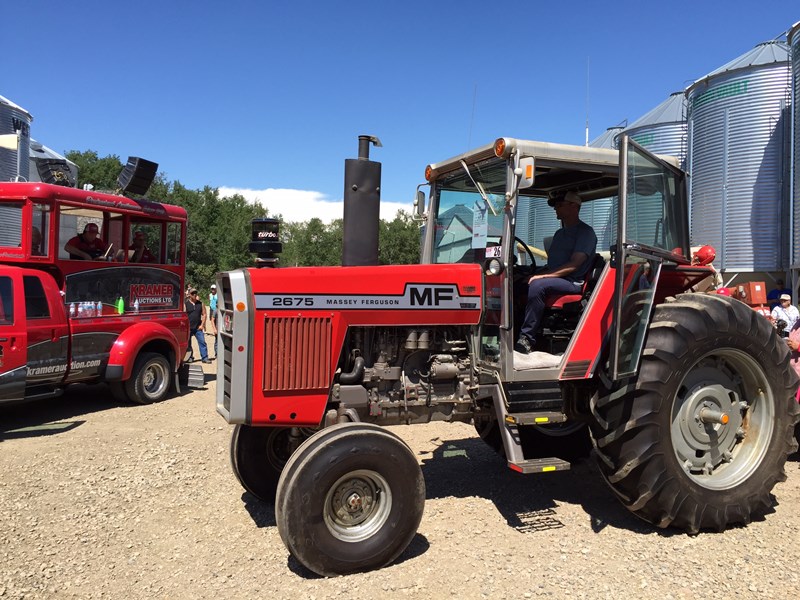 This sale was for you Massey Ferguson lovers.

A farm auction July 21, 2016 up in central Saskatchewan, near the town of Annaheim, SK. The sale was by my friends at Kramer Auctions, LTD (http://www.kramerauction.com) and featured (3) super nice low hour Massey Fergusons. Here's the rundown:

That is a new record high auction sale price on a 2675, by a MILE actually. The next highest sale price I've seen the past 20 years was $8,900 all the way back on a January 9, 1996 auction in southwest Iowa. That 2675 had 4,100 hours on an overhaul. Obviously the huge factor on the record setting 2675 on the Saskatchewan auction were those hours...only 67.6 actual hours. My goodness. Naturally folks were interested to know the "scoop" on the incredibly low No. of hours. Auctioneer Brendan Kramer told me "The farmer was also a school teacher. He only farmed a 1/2 section of dirt when he bought it new. Later that year he and his brothers joined farming operations and were covering many more acres. At that point the tractor was too small for most jobs. Joe never sold it because it was sentimental to him after working so hard to pay for it. He kept it in the shed and finally decided to part with it." 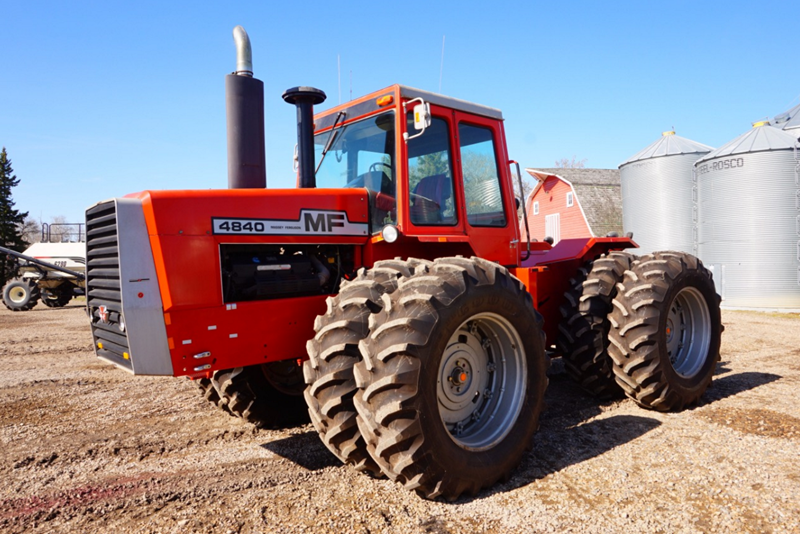 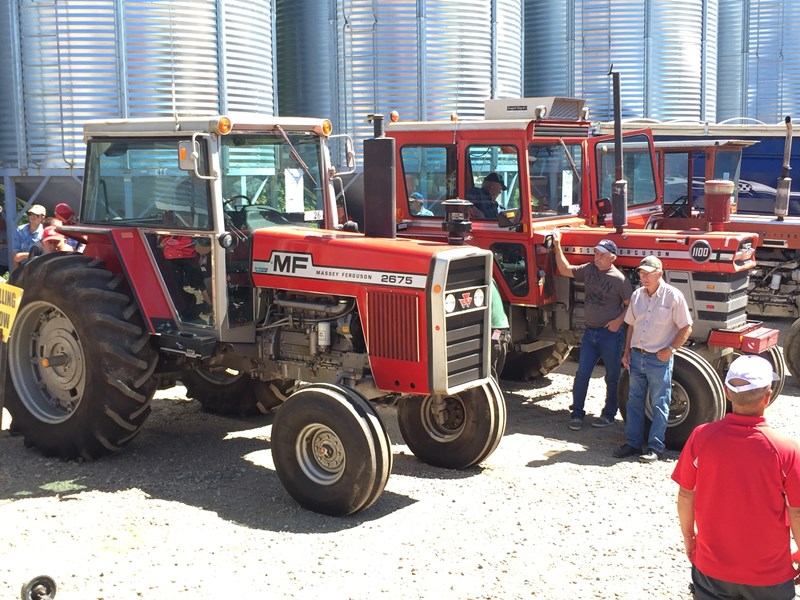 If you feel now like shopping for Massey Ferguson Tractors, here are links to some For Sale today in Machinerypete.com web site:

keyword:
Keyword
Auction
Archived Content
The Role of Veterinarians and Nutritionists as Consultants for Dairies
Are All Bets Off for Phase One Trade Deal with China?
Jerry Gulke: Letting Time Pass May Pay Dividends
Controlling Internal Parasites with Safeguard
Survey Highlights Farmers’ Concerns About Live Events