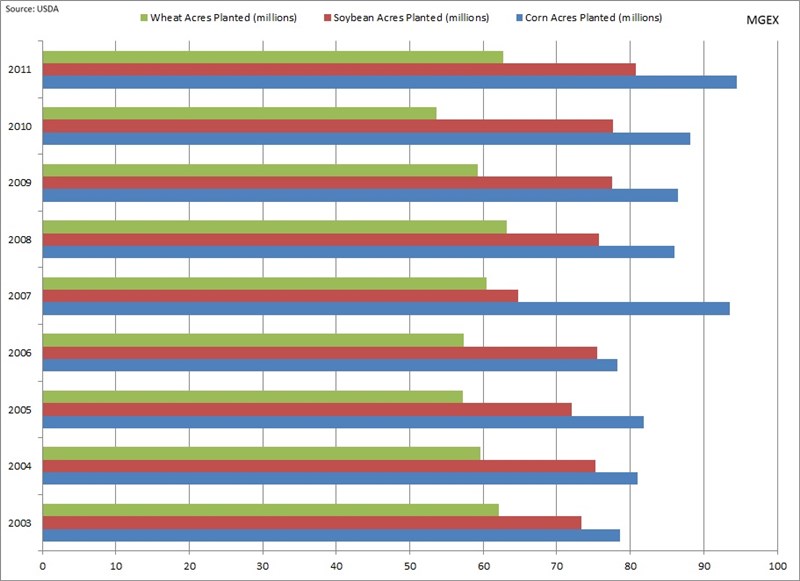 In order to maintain ending stocks at present levels, and using trend yield data and demand, minimum planted acreage must be 94.5 million for corn, 80.74 million for soybeans and 62.67 for wheat. The total of these represents 237.91 million acres, a 6.5% increase over 2008. Much will depend on what USDA uses for yield in the May 2011 WASDE.
Based on the MGEX data provided, the increase in planted acres for 2011 exceeds estimates which are discussed by the trade community in significant amounts.
Just a few of the items to be thrown in the mix will be the world economy, conditions of the winter wheat crop, performance pressure placed on 2011 spring wheat, ethanol, commodity ratio as well as crop rotation even before the transition of El Nino to La Nina weather.
MGEX welcomes your questions.........Joe Victor