by AgWeb Staff
MGEX analyzed the performance of export sales, one of the few items measured on a regular basis. Each Thursday, the USDA reports export sales and shipments for wheat, corn, soybeans and other agricultural products. Although the trade may not present a great deal of respect to the weekly sales, it is uncanny how the trade reacts.
Most other demand data is a month old before it makes its way into the supply-demand pipeline.
As a percentage of export sales to annual production, the chart below shows soybean sales continuing to trend higher, wheat nearly flat and corn lower. 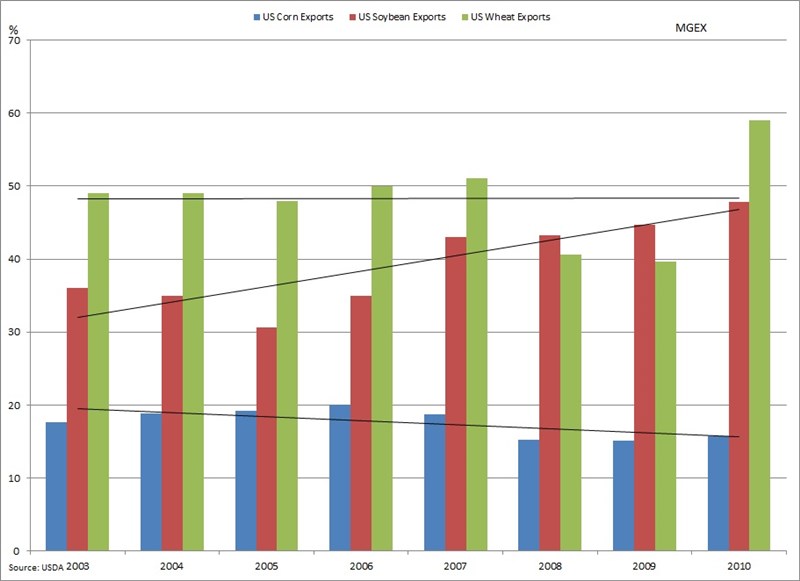