When the most recent quarter’s grain and oilseed use is subtracted from the previous quarter’s use we can see how demand can effect futures prices.  United States Department of Agriculture (USDA) Quarterly Grain Stock’s data released June 30 set two records. 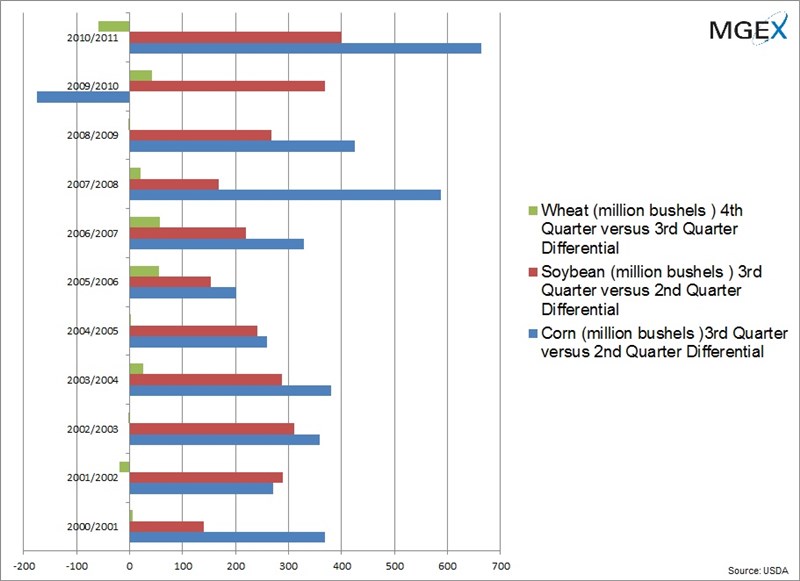 Another notable record was set in the soybean data.  The third quarter use was 401 million bushels less than the second quarter use which topped the previous record of 369 bushels less in the 2009-2010 marketing year. Following this decrease in soybean use, the July 2010 soybean futures increased by 12.2 percent.