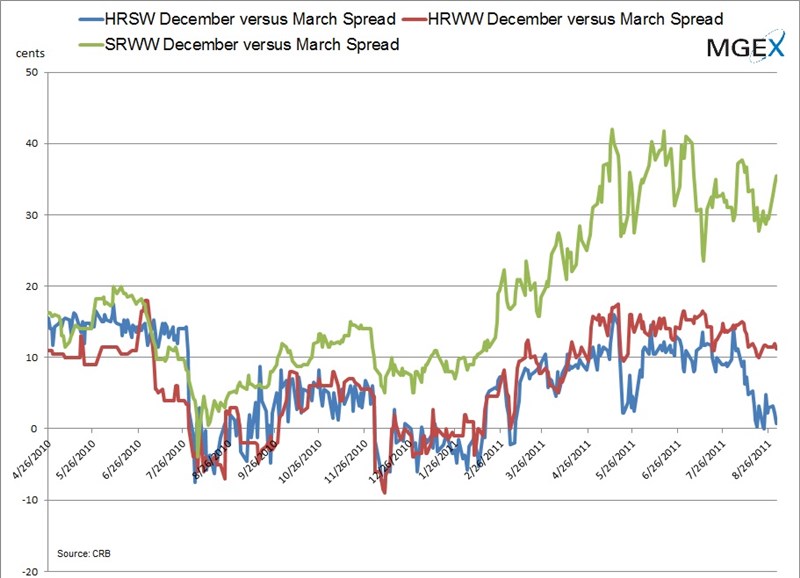 The loss in futures prices is a result of new winter wheat supplies harvested in June and July. The spring wheat harvest, which takes place in late August and early September, has few interruptions.
Farmers who are hedged in futures will see no advantage to storing HRSW and HRWW and selling at a later date; however, there is an advantage to storing SRWW. The HRSW farmer will incur 6.2 cents per bushel per month charge to store wheat. HRWW will cost 5.4 cents, and SRWW cost is 4.9 cents. The price per bushel per month may vary depending on size of the farm operation, borrowing limits, and insurance fees.
For the holder of cash wheat to realize a profit, the spread between the December and March HRSW should be 18.6 cents, 16.2 cents for HRWW and 14.7 for SRWW.
Only SRWW indicates a potential profit for the farmer to store after harvest. Typically following the movement of their cash inventory, HRSW and HRWW farmers lift their hedge
MGEX welcomes your questions.........Joe Victor