Do You Have GRIT? (No, not the kind under your fingernails…) 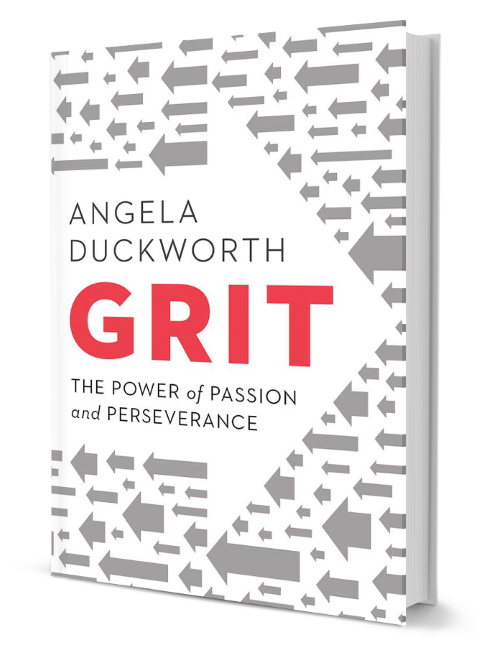 Some people are just so successful! It seems like everything they do, every rebrand or new project automatically turns to gold! Just why is that? Why are some people able to turn around a seemingly disastrous situation or take on a new project with apparent ease and lead it into a success? Or, what about the person who seems to be handed a raw deal but comes out of it looking like an ace? To me, that’s impressive - the proverbial falling into a pile of cow manure and stepping out smelling like a rose. How do they do it?  Well, according to researcher, Angela Duckworth, those successful, dedicated types probably have a high level of grit. “I define grit as the tendency to pursue long-term goals with passion and persistence,” Ms. Duckworth was recently quoted as saying in a Wall Street Journal article (https://www.wsj.com/articles/is-there-anything-grit-cant-do-1498254238). She also runs a lab studying grit and, of course, has an excellent book on the topic, GRIT: The Power of Passion and Perseverance.

Besides ‘passion and perseverance’, Ms. Duckworth’s website points out that grit is not talent or luck, rather “grit is about having an ”ultimate concern” – a goal you care about so much that it organizes and gives meaning to almost everything you do.” I really love that quote.

So, to experiment after reading the article, I decided to take the 10-question GRIT Scale quiz (https://angeladuckworth.com/grit-scale/) to test my mettle and staying power. I scored a satisfying 4.4 out of 5 earning me the distinction (according to her website, anyway) of being grittier than about 90% of other testers. That felt good! But, is there a downside to having grittiness and what does being a bit gritty really get me? Ms. Duckworth’s research suggests that extreme grittiness is A-OK. On her website it reads: “Indeed, at the very top of the Grit Scale, I typically find individuals who are tremendously successful and also satisfied with their lives.  However, in particular, I think you can be too stubborn about mid-level and low-level goals. You can throw good money after bad on particular projects that will never make sense.” (http://angeladuckworth.com)

That makes sense, being too gritty can literally clog things up if you let it, but what about the opposite – working with people who just don’t seem to have enough? Can you get more grit? And, is more grit trainable? Ms. Duckworth seems to think you can improve, especially by improving focus on completion of tasks and projects. Well, duh – if everyone would just take on their own work and complete it on time things would be really great, right?

Reflecting on grit, the lack of it, and the improving of it, here’s what I learned: the power of grit is absolutely important, it’s also important to know an individual’s grit quotient when you’re building leaders on your team or adding new hires. So, next time you consider where a person is coming from, take a look at their grit to see if they are a fit.

As CEO’s and leaders, many of us may believe that we have that ‘ultimate concern’, that we hold the clear vision about where we want to take our lives and businesses. But, what about others in our sphere? Perhaps it’s about using that strength, our own high level of grit, to encourage others to follow and do well. Successful leaders motivate and inspire.

I bet that takes grit.