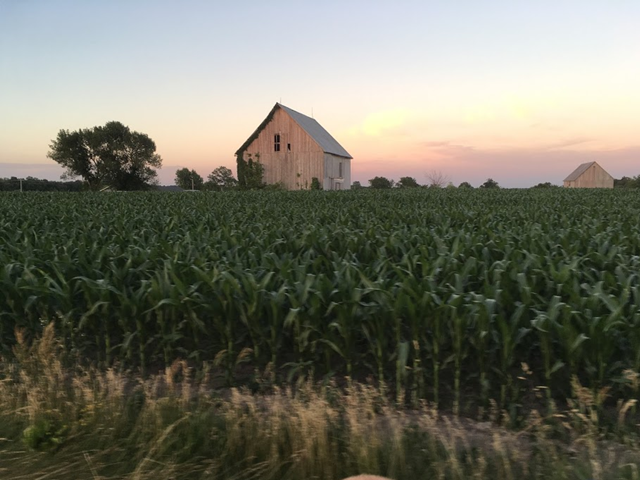 Grain markets are lower in overnight trade with soybeans taking the biggest hit. Outside markets are watching international headlines after yesterday's terrorist attacks.

Rain in Argentina was largely the cause of weakness in corn and soybeans yesterday, but Drew Lerner of World Weather, Inc. notes that, "it is still debatable how much improvement in subsoil moisture will result and that will be the key in determining crop stress potentials in January." Drew will lead-off the first day of our Conference Series next month, January 24th. Learn more and get registered here.

China's Minister of Agriculture claimed that China would cut another 10 million mu (667,000 hectares) off corn planting next year. This would bring the total acreage cut to 40 million mu (2.668 million hectares/6.6 million acres).

Safras e Mercado raised its estimate of the developing Brazilian soybean crop up to 106.1 million tonnes. USDA and Allendale are at 102.0. This new production forecast would be 9.2% over last year.

UkAgroConsult estimates that 83% of Ukrainian winter grown crops are in good or satisfactory condition. Of that number, wheat ratings were seen at 83.7% good to excellent.

The Indonesian Oil Palm Research Institute expects 2017 palm oil production to rise by 6.6 percent to 37 million tonnes, up from 34.71 million this year. They cite good weather for the increase.

The Economic Calendar is fairly empty today with most major economic reports due Thursday. Instead, macro markets will focus on Bank of Japan's monetary policy meeting, and headlines out of Russia and Europe after the terror attack in Berlin, and the assassination of the Russian ambassador to Turkey.

Cattle Showlist counts were down 12,000 head from last week.

New highs were reached for live cattle futures yesterday. The 116.00 high on the February contract is near that 116.48 objective from the Head and Shoulders chart formation.

Estimates for Friday's Cattle on Feed, Cold Storage, and Hogs & Pigs reports will be out later today.