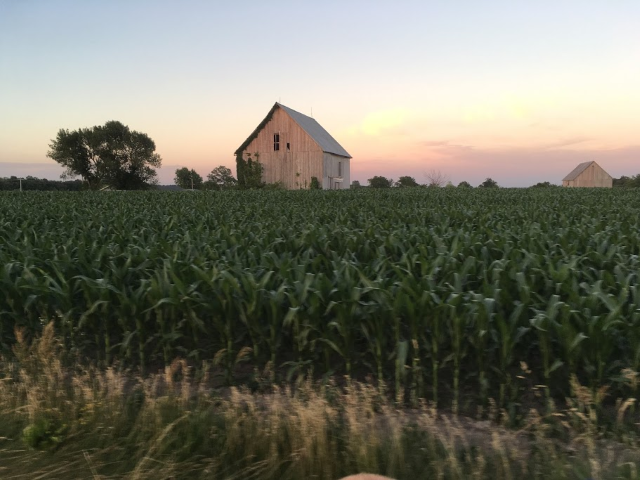 Grain markets are lower on profit taking after the recent rally. The US Dollar is making new lows for the current down trend while crude oil posts new highs.

Allendale’s “Annual Nationwide Producer Yield Survey” is under way and will run through August 26th. We need your help, go to the SURVEY. It has been one of the most accurate, due to farmers knowing their farm better than anyone else. The results of the survey will be released on August 31st.

Trading volume in soybean oil was higher than soybeans on Wednesday which tells the story of why soybeans were higher.

Corn and soybean basis is holding steady across the Midwest as farmer sales have evaporated, commercials have increased their movement of inventory.

Crop tours next week will give a lot of attention to the corn and soybean yields as major news wire reporters will see actual field conditions. Social media will be a way to keep in touch with their findings.

Cheap feed prices are contributing to the weak cattle futures as traders are expecting feedlots to hold cattle a little longer to get a better price. Feed costs are less than live weights and replacement costs therefore it may make sense to add a few pounds. However, larger cattle and larger numbers usually mean lower prices. Staying current on Marketings will provide the best returns in the long run.

Cash cattle have traded at 118 this week while futures stay at a sharp discount. Trade is expecting to see support in October futures as time for a seasonal basis change is near.

Bacon values have fallen off the table as the end of BLT season is upon us. Primal cuts are still in demand as retailers feature items for the end of cutout season, Labor Day. Futures consolidate as meats compete for the retail dollar and clean up inventory.