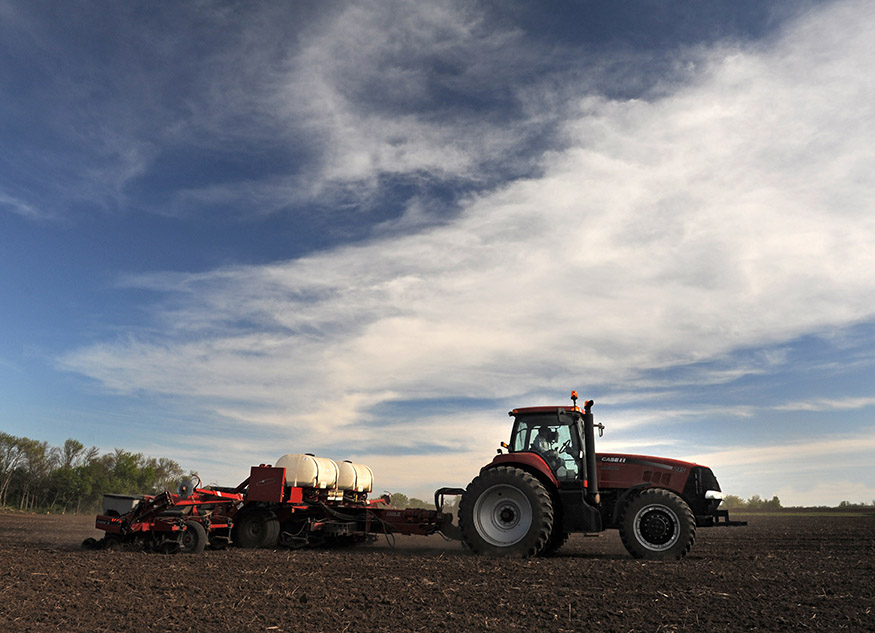 Grain markets are quiet as soybeans find some bargain hunting after CFTC report shows large jump in funds short position. US Dollar, crude and stock indices are all lower to start the week.

World Weather Inc. says the bottom line for the U.S. remains a little worrisome for the Midwest, northern Delta and Tennessee River Basin areas into the Carolinas and Virginia where rain frequency will be high enough over the next two weeks to slow or delay fieldwork. The western and northern Midwest is expected to be wettest with some areas in the eastern Corn Belt to see erratic rainfall.

China’s National Bureau of Statistics survey suggest their corn acreage will drop 4% this year with soybean acres rising 8% in 2017.

AgRural estimates Brazil's soybean harvest at 87% completed versus 85% average. Summer corn harvest is estimated at 76% done versus 75% average. Remember this year’s crop is a record and harvest is ahead of average.

National Oilseed Processors Association's (NOPA) monthly soybean crush data scheduled for release today should show the U.S. crush for March at 156.728 million bushels. Trade is looking for March 31 soy oil stocks at 1.809 billion pounds up from 1.770 billion at the end of February.

U.S. Commerce Department said on Thursday it was starting an investigation into imports of biodiesel from Argentina and Indonesia for possible dumping and subsidization as reported by Reuters.

US oil rig count increased by 11 last week making it the 13-straight week of an increase. Crude oil production was raised to 9,199 barrels per day versus 9,147 the previous week.

U.S. financial markets this week will focus on the continued tension in the North Korean situation, a moderately-busy economic data schedule that is heavy on housing data and the appearances by three Fed officials.

June live cattle closed above the March 11, 2016 high with the only resistance point being the close made the day the contract can on the board, which was 116.47. The June cattle contract closed 2.90 last week while June hogs closed .27.

“USDA’s Actual Slaughter report updated details regarding the April 1 kill week. The original USDA slaughter estimate, number of head processed, was not changed much from the original Friday March 31st estimate. USDA pegged the average hog carcass in that week at 210 lbs. per head. Weights have been at 210 lbs. for now nine weeks. Seasonally, weights often stabilize through mid-May before the next leg down into summer lows in August.” Comments from Rich Nelson’s Weekly Allendale Roundup.