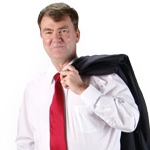 The US Tax Court in the Metz case released yesterday allowed taxpayers who had claimed over $11 million of losses related to a horse farm to stand. As we have previously discussed, the Tax Court reviews 9 tests in any case with possible hobby ramifications. If the "business" is deemed to be a hobby, then the losses are disallowed. If it is a business, then the losses are allowed in full. The nine key factors the Court considers are:

This is not a case of where 5 out of 9 factors wins for the taxpayers since the Court will weight some of the factors more than others. With the current case, the Metz's family had owned a very successful bread business in the Omaha area that was finally sold a couple of different times. As a result of these sales, Mr. Metz received over $10 million which invested very well in the market until 2008. Income from interest, dividends and capital gains averaged more than a million dollars from 2004-2007. He also borrowed against the investments to "feed" his horse operation. When the market crashed in 2008, Mr. Metz was required to liquidate most of his holdings resulting a capital gain in excess of $5 million. The primary source for their horse-breeding activity had vanished.

Starting in 1991, the Metzes had started an Arabian horse-breeding activity called Silver Maple Farm, Inc. The farm was originally located in Iowa, then moved to Naples, Florida for a while and then finally ended up in California where many other Arabian breeders were located. I have personally history with Arabians since we had one located on our farm as a child and I have very fond memories of riding that horse.

From 1999 to 2009, the horse breeding operation averaged a loss of about $1 million or more each year. Even after the losses incurred in 2008 from the stock market, the Metzes borrowed over $2 million to keep their horse-breeding operation in business.

The Court reviewed the nine factors and although a couple of factors went against the Metzes, the bottom line conclusion by the Court was the horse-breeding operation is not a hobby and the s are allowed in full. Now, though this is a victory for the taxpayer in Tax Court, they are still out over $11 million in losses (or more). I am not sure if it really is an overall win for the taxpayers.