Start your morning out right

So, I guess it is true.  To grow stronger, all you need to do is begin your morning with a bowl of wheat-eze.  Admittedly a bad play on words but global wheat production concerns would appear to be the driving force that has lifted grain/soy prices higher to begin this week. Last week the International Grains Council dropped its estimate for global wheat production to 721 MMT, which would mark a five-year low in production.  They have trimmed the EU crop down to 139.9 MMT, versus their previous forecast of 147.3 and now place Russia at 66 MMT, down from the previous estimate of 70.9 and last year’s output of 84.9 MMT.  The head of the German farming association, DBV, is expecting to see additional financial aid from the government, possibly to the tune of 1 billion euros for the nation's farmers.  The northern hemisphere does not have a lock on the weather issues either as Australia is experiencing one of the driest winters on record.  Again, we should keep in perspective that the world still has ample supplies of wheat, but as I have commented many a time, if the trend for supplies is lower, the trend for prices should be moving higher. 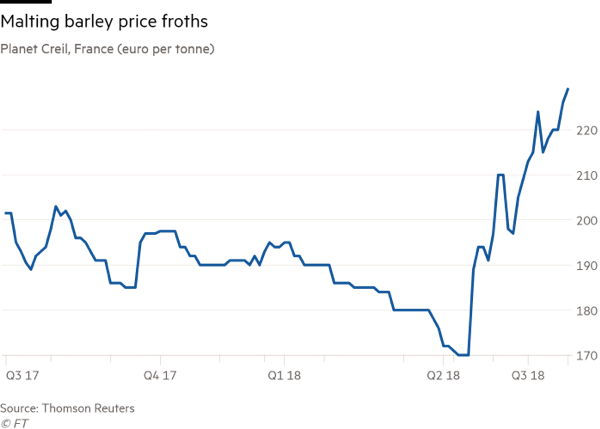 Funds are also taking note of the wheat situation and last week managed money stepped up their purchasing. These traders are now long 24,000 contracts of wheat, up 21,000 for the week. That was the only place they appeared to make many changes though as in corn, the bought 1,000 contracts but remain short 130,000 and in beans purchased 3,000 and are now short around 61,000.

Markets are holding quite firm yet this morning and while the overall picture is looking more optimistic, if we can sustain this existing rally for much longer is questionable.  Daily indicators are reaching into the overbought zone and keep in mind without some type of weather issue developing here in the U.S., could exhaust the buying soon.  Keep in mind as well that it is not unusual to witness highs and/or lows around the beginning of a month.
Click here for a free trial
keyword:
Keyword
Soybeans
Marketing/Communications
Trade
Archived Content
Super Bowl: SF Writer Throws Shade On 'Cowtown'
Commentary: Share Comments on Proposed NEPA Modernization Rule
Weekend Grain Commentary (1.25.20)
Fed Cattle Steady, COF 2% Higher
Put Priority on Pre-Fresh Cows