Time to pause and reflect 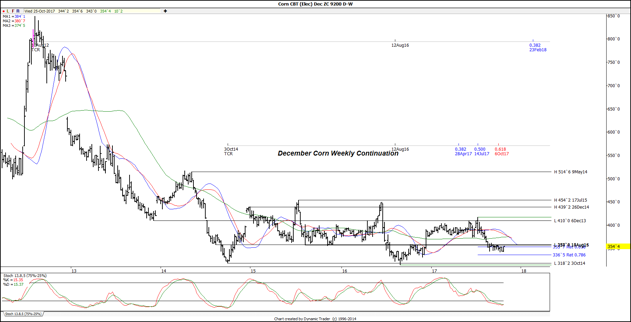 We have reasonably encouraging action in the grain and soy markets once again this morning, with corn actually stretching up to the highest point traded since the 2nd of this month.  Now, let’s be realistic.  Part of this is undoubtedly stimulated by month end short-covering as well as bean/corn spread unwinding and overall, we still remain in the same general trading range that we have since late August, which is basically 3.60 to 3.45 in December corn.  Having said all of that, I believe this is classic bottoming action for corn, and while we may not be ready for the big stage just yet, we do appear to be warming up.

I find it somewhat interesting that there has only been a cursory interest in the La Nina that has been forming in the tropical Pacific Ocean.  El Nino’s seem to receive constant attention when present, and in the western hemisphere at least, they do not have a historical consistency of adverse crop weather.  In fact, regions such as California tend to see above average rainfall during an El Nino, which I can only imagine they would have welcomed this year.  La Nina’s in turn, do have a track record of creating unfavorable weather conditions in South America and depending on how long they exist, possibly even North.  Note that the last La Nina was in 2012.  The National Oceanic and Atmospheric Administration (NOAA) is on a La Nina watch and currently places odds between 55 and 65% that will occur this fall/winter. By no means could I or should I try and predict if this will create any major crop issues this year but considering how complacent many in the world grain trade

appears to have become, it is time to sit up and pay attention. 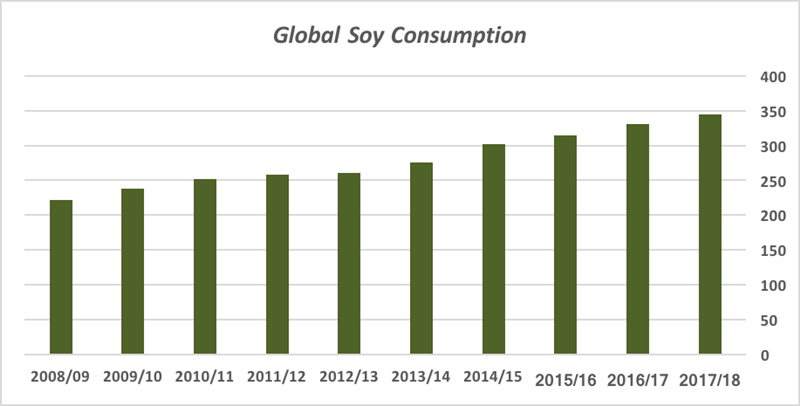 After basically five years in a row of expanding production, the excess supply mentality appears to be the norm and maybe even the expectation and as such, the expanding record demand has taken a back seat.  Since 2008, global corn usage has expanded by 38%, wheat usage by 20%, coarse grains 28% and soybeans a whopping 50%.  Just how much of a production hiccup would it require to send end-users into a state of panic?  While I do not believe we have the type of setup that would send prices back to the extremes we witnessed in 2012, as we are not in that type of commodity bubble scenario but do keep in mind, there was only a 5% haircut in global production that year.

Mark Twain once quipped, “Whenever you find yourself on the side of the majority, it is time to pause and reflect.”  It would seem to me that the majority have been reading a story that assures them there is little production and hence upside price risk in the ag sector. This would suggest it is time to pause and reflect as the next chapter in the book could very well hold a number of surprises.
Click here for free trial
keyword:
Keyword
Soybeans
Marketing/Communications
Archived Content
Covid-19 infects markets as well as people
How to Manage Weeds in 2020
Morning Market Audio 2/24/20
Coronavirus Fears Grow as It Rapidly Spreads to Other Countries
Signal to Noise: Trump Says Probably to MFP 3.0