How Big Could the Soybean Carry Over Be? 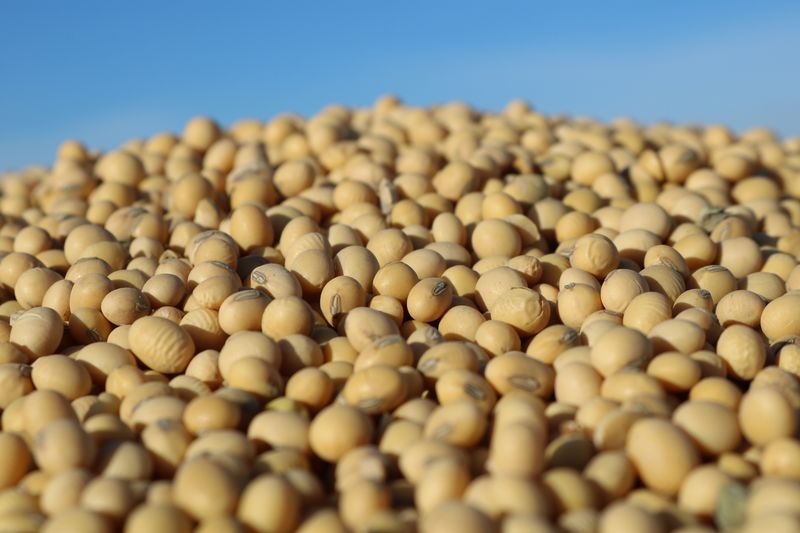 TRADING COMMODITY FUTURES AND OPTIONS INVOLVES SUBSTANTIAL RISK OF LOSS ANDMAY NOT BE SUITABLE FOR ALL INVESTORS. YOU SHOULD CAREFULLY CONSIDER WHETHER TRADING IS SUITABLE FOR YOU IN LIGHT OF YOUR CIRCUMSTANCES, KNOWLEDGE AND FINANCIAL RESOURCES.

As we get ready for the USDA's August World Supply and Demand Estimates (WASDE) report on Friday we are putting together projected balance sheets using different supply and demand scenarios.  For soybeans this is especially difficult this year due to uncertainty about what this year's crop will yield and ongoing trade issues with the world's largest soybean importers. As I go through this process I wonder - How bad could the soybean situation be?

I hesitate to say that the scenario I am about to lay out is the worst case scenario. I have read and heard rumblings out of China that they could cut their soybean demand by roughly a third of last year's overall demand. This would equate to a little over 30 million metric tons. If true this would truly be a worst case scenario because this would mean that the world's largest soybean buyer (by far) could theoretically cut the US out of their import program.

For now, I am going to dismiss this as propaganda intended to give the people of China a feeling of security. However, it is important to understand that this suggestion has been made and that China will almost certainly cut back as much soybean demand as possible. This being said, I do this the USDA is on the right track with the changes they made on the July WASDE report and at this point could take a wait and see attitude to any further reductions in Chinese soybean demand and US exports.

USDA's got some Moves

In the July WASDE report the USDA made sweeping changes to both the US and global soybean balance sheets due to the trade issues with China. They had said they would do this if they had to and apparently felt compelled to do so. The USDA cut Chinese soybean imports by 8 million metric tons, crush by 5.5 million metric tons and overall demand by 4.8 million metric tons. In turn they also cut US exports by 250 million bushels.

The changes were a dramatic (and likely necessary) move by the USDA. It had a big effect on the US balance sheet pushing ending stocks from 385 million bushels to a lofty 580 million bushels. However, I am not sure that there will not need to be more changes in the future. For one, even though the USDA did cut Chinese soybean imports and demand fairly aggressively they are still projecting demand 5.6 million metric tons higher than last year. China may be able to tighten the belt better than that.

Secondly, in the July WASDE report the USDA is still using their trend-line yield estimate. Given the weather we have had and the NASS crop conditions it is seeming likely that this yield forecast (and overall production) is too low. If I increase production by 2 bushels an acre to 50.5 and increase domestic demand slightly I am coming up with a 671 million bushel (near record) soybean carry over. However, some analysts believe that the soybean crop this year could challenge or even best the record 52 bushel and acre national average yield. This would add another 133 million bushels to soybean production and could push ending stocks to a new record over 800 million bushels. We could argue that domestic demand would increase to offset some of this, but we may be nearing our domestic crush capacity and the expansion of domestic demand may be somewhat limited.

Obviously the next question is how much more demand could China cut? And, I'm not sure we will have an answer for that for some time. While I do not really believe that china can cut a third off of their demand I do wonder if they can cut a bit more than the USDA is currently accounting for. It would seem possible to me that china could use other feedstocks to offset some soybean meal demand and lower the crush.  Corn and DDGs could be an example as China tries to cut through its corn supplies and make more ethanol. Either way I would believe that China could possibly cut their overall demand to below year ago levels.

This is a concerning scenario and would likely send soybean prices well below the recent 10-year lows. It would be a mission for the soybean market to cut out as many acres as possible. This is a long term view and I certainly do not expect most of this to be on the August WASDE report on Friday. But it is a scary (but realistic) path none the less. I am hoping that the trade situation gets resolved before we get too far down the worm hole.

We have complimentary 2018 commodity reference calendars available. They are a little bigger than pocket sized and very useful if you follow markets. You can sign up for yours here - http://www.zaner.com/offers/calendar.asp (Shipping to the US only) 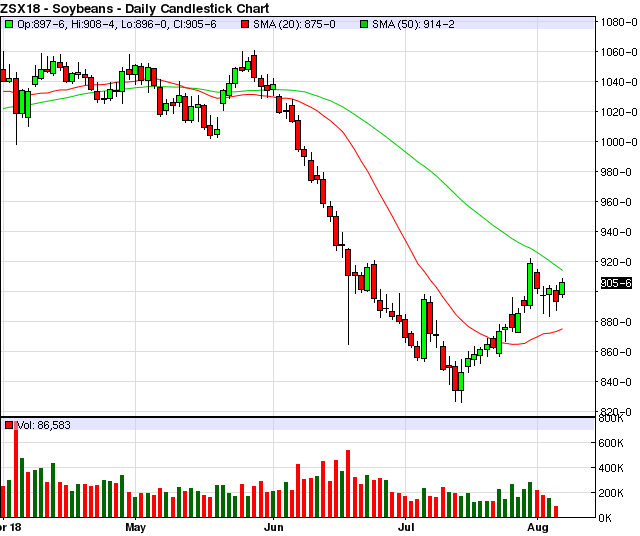 Producers looking to hedge all or a portion of their production may be rather interested in some of the options / options-futures strategies that I am currently using.