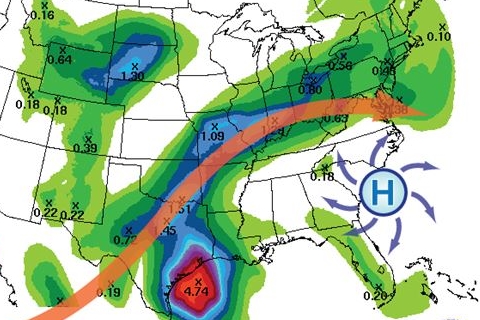 One of the most accepted facts about El Niños is that they reduce Atlantic hurricanes. So why did Tropical Storm Bill flood Texas and Oklahoma? Just when the two states were recovering from a soggy May, June brought rain on their parade, crops and pastures. 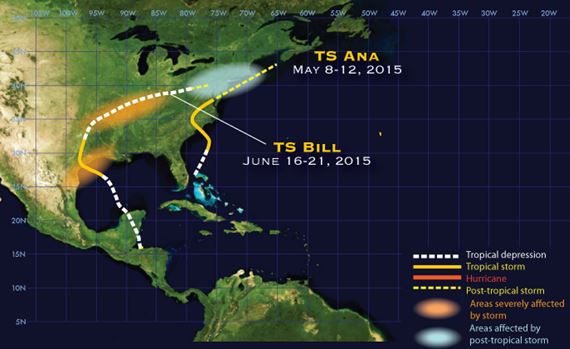 The answer is that El Niños warp tropical wind patterns – not only in the Pacific Ocean but also in the Atlantic and Indian as well. In the Atlantic, high winds are altered so that they tend to sheer off the tops of developing storms. The hot Atlantic is a perfect brewing ground for storms but the El Niño winds limit how high and strong the storms can grow. Once the storms move out of the El Niño wind pattern, however, they can grow stronger.

Tropical Storm Bill was a thunderstorm that wandered from the Caribbean north across the Yucatán Peninsula to the Gulf of Mexico. It was only when it reached the Northern Gulf off Texas that it was sheltered enough to become a full-fledged tropical storm. The rare “Brown Ocean effect” ‒ a combination of saturated soil and heat ‒ allowed the storm to remain tropical and very wet as it sailed northeast. 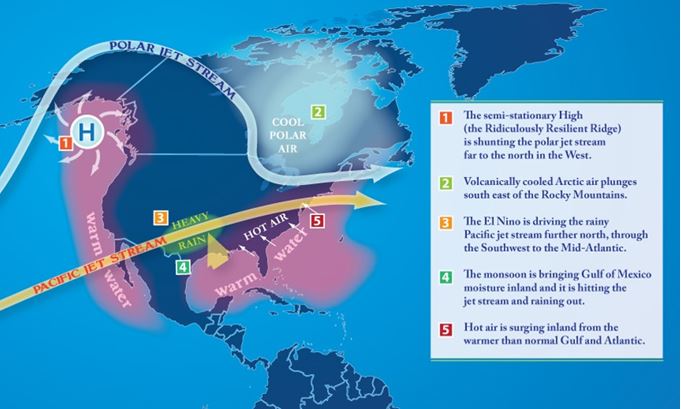 It is not surprising that when the tropical thunderstorm got caught up in the pattern, some scientists have identified as the Gulf of Mexico monsoon, it was enhanced and slammed into Texas. The danger from the storm was not the wind levels, but the heavy rainfall.

The rain will be appreciated as the prevailing wind patterns carry it north into the Corn Belt. The unusually hot Atlantic waters have allowed hot air to flow into the South, creating a high atmospheric pressure area. This blocks the flow of moisture from entering the South and twists it to the Midwest and Mid-Atlantic states. Weathermen like to call this circular pattern of storms a “Ring of Fire; if you don’t mind soggy fire. 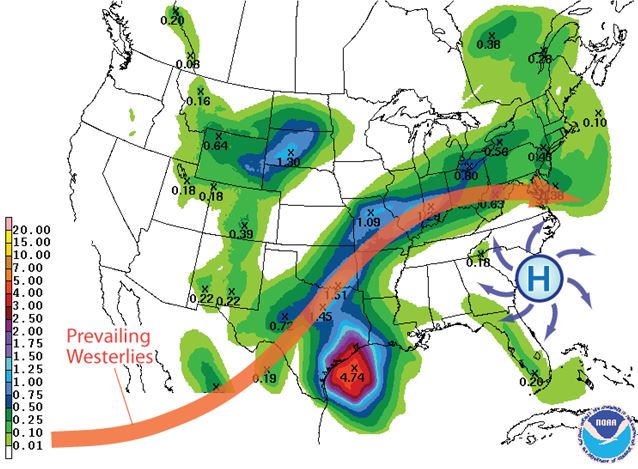 This tends to be a late spring pattern and springtime ended on Sunday. Typically as summer progresses, El Niño brings drier and drier weather to East Texas. Texas should save the water and the memories of plentiful rainfall.