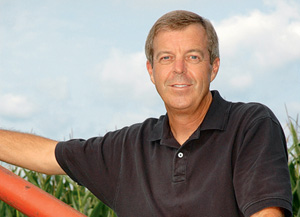 Unsurprisingly, my opinions regarding the presidential candidates prompted strong response. Here are some of the criticisms:

“Farmers and ranchers are smart enough to make up their own minds about their choices for political candidates and some of us are better versed on the impact of trade policies, economic growth, national security and immigration than Mr. Phipps. He's welcome to his opinions but expressing them in the middle of the farm report I enjoyed so much was an unpleasant shock that changed my entire opinion of the farm report program… it had no place on your program. We all get enough of this kind of politics on the networks and cable news.” - Col (ret.) Ward Critz

“Your commentary on the presumptive political candidates was a shocker, especially regarding your comment on Hillary Clinton being competent.  Have you not read or heard the news about the Benghazi tragedy where we lost four American lives due to her incompetence as secretary of state or our national security at risk because of her "private" email server, which has reportedly been hacked by Russia?” -James Hill

“[John’s} comments on Mr. Trump and Mrs.  Clinton made me feel John should join the Sunday morning talk shows.  His critical comments on Mr. Trump and his Clinton push made me think he was from Chicago rather than Chrisman ill. Is john a closet democratic Pac man???   Let’s stick to agriculture and leave the politics for behind the curtain at the voting machine on Election Day!!” -Al hill, Deep Run, NC

Paul Harrop : “If his opinions don't reflect the opinion of your show, then why let him voice them? It was nothing more than an anti-trump rant. It sure rubbed me the wrong way. “