Why I Farm Roadtrip: Kent Blunier 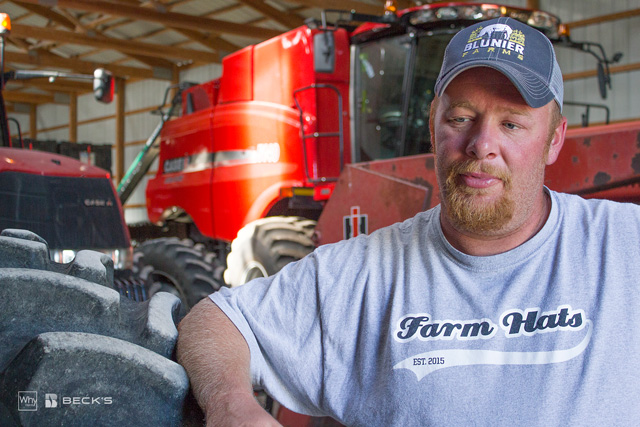 There are so many things Kent Blunier loves about farming, it’s hard to narrow it down. He enjoys anything to do with tractors. “They talk about farm kids playing with tractors and then they grow up and still get to play with tractors. Fixing them in the field is one of my favorite things.” 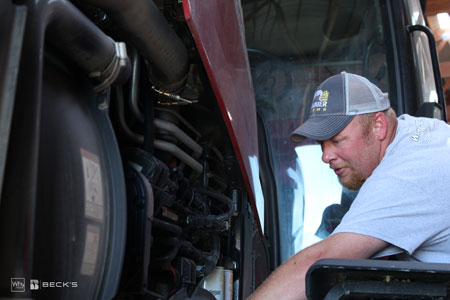 Kent also enjoys caring for animals, and it keeps him busy. The family farm raises about 13,000 pigs a year. “There’s something about being able to get up in the morning and walk through the barn. If there’s something wrong with a pig, you can help it out.”

Like many farm kids, Kent always knew he wanted to return to the Illinois farm where he grew up. “I started working on the farm as a kid like everybody does. I went to college for a little bit, then I came back and I’ve been farming ever since. It makes me the fourth generation.”

Some of the best life lessons have come from experiences farming with his family. “When I was in high school, probably one of the first years I was driving, I put on all of our anhydrous that year. Dad was heavily involved in Farm Bureau and Corn Growers so he was gone quite a bit. It was getting late, and I was in a hurry to get going somewhere else and I didn’t fold the wings in yet on the anhydrous applicator and I tore one of our bulk bins out of the ground. That was one of the worst phone calls I ever thought I would have to make. I called him and I told him what I did. I wasn’t paying attention, and I was mad because it was my fault and I didn’t have anybody to blame. His response was, “Is everybody okay?” I said, “Yeah.” He said, “Then we’ll get it figured out.” Just being able to get past stuff like that is one of the biggest lessons I ever remember. I try to teach things like that to my son. If something like that happens I ask, ‘Everyone’s okay, right? Then we’ll get it fixed and we’ll move on.’” 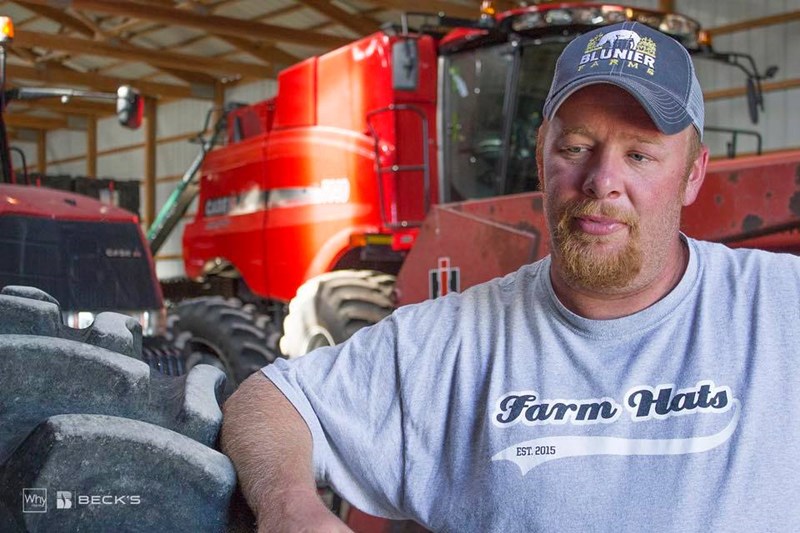 On top of the farm work, Kent enjoys being active in the agricultural community. He’s been involved in Farm Bureau and is always looking to help people understand his job as a farmer. “I read an article a few years ago about the hats that farmers wear, both literally and figuratively. It always stuck in the back of my mind. Every company that you deal with as a farmer gives you a hat hoping that you’ll be a walking billboard for them. Everything you do on the farm is a different hat. An accountant, or doing the books, or a mechanic, and everything else. I looked through my Facebook page and saw that I had a lot of people that were high school friends that have no idea what we do on the farm every day. I thought, I could try and share all the hats I wear on my own page, but I’m not going to reach more than the people I’ve already talked to and they get bored of me showing pictures of me in a hog house six days a week. I started FarmHats and I was hoping to add 50 or 60 farmers that I knew and then hoping to get some more people that weren’t farmers to see what we did every day. In the first 24 hours, there was over 200 people in the group. It’s just kind of exploded from there.” Now the FarmHats Facebook group has over 4,000 members from across the United States. They sell shirts, stickers and hats to support ag education programs like Ag in the Classroom. 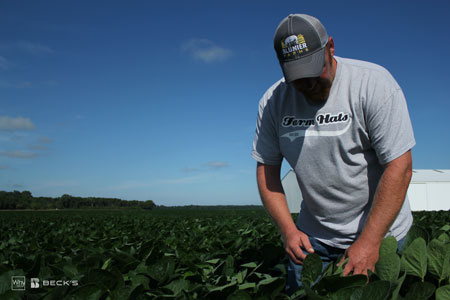 Online, or within the county, being part of a close knit agricultural community is special. Kent is lucky enough to know both. “Three or four years ago, we had a tornado come through here. It threw the roof of a shed on top of another one. Between my place and Dad’s, we had 12 trees that went down, and two of them went right across my driveway. So, the next morning we got up, started cutting wood, and moving things. By noon, we had 15 people here. I never made a phone call. Dad never made a phone call. They just showed up.”

There’s tractors to work on, animals to care for, life lessons both to be learned and taught on the farm. You share the best, and worst, of it all with your family and farming friends. For Kent, it’s simple. “I farm because I love it. I can’t imagine doing anything else.”