Feeding the Hungry, Not the World 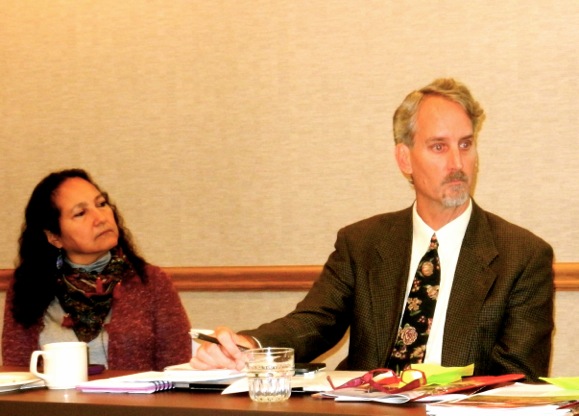 DES MOINES, Iowa — Feeding more people in an ever-growing world might not actually be the world’s greatest challenge, according to experts at the World Food Prize.

We are already producing enough food to feed our current population, according to a panel Thursday morning.

“The alarmism is mistaken and it makes us think we need to turn land into high agricultural production,” Timothy Wise, director of the Research and Policy Program at Tufts University’s Global Development and Environment Institute said.

Wise co-authored an ActionAid USA Report that questions the need for increased food production. The report questions the often-said statistic that producers need to double food supply by 2050, saying it is based on flawed forecasting and outdated research.

Instead, the Food and Agriculture Organization projects agriculture production needs to increase 60 percent to meet increased food demands. Wise said the FAO projections tell us that though the situation is not as bad as it could be, there is still room for improvement.

The report was published in October 2013 and states the 2050 predictions fail to take into consideration biofuel production, climate change, poorly targeted agricultural investment and food waste and spoilage. These factors can have a major impact on food availability.

The 2008 food price spikes, which Wise said was a wakeup call, motivated the report. The price increases, the report states, were caused by the rise in biofuel production. Government incentives encouraged growing agriculture commodities for fuel instead of food.

He compared food production to Robert Frost’s poem, “The Road Less Traveled.” Wise said the road of growing more crops has not worked and it is now time to take the other road.

Feeding the world is something that should not be an issue according to Ivette Perfecto, professor of Ecology, Natural Resources and Environment at Michigan State University. She said we already produce enough food to provide for the 9 billion people anticipated by 2050 in large part due to small-scale farmers vital to agriculture.

Perfecto said another criticism of small farms is that they are not profitable. She said most people assume larger scale farms are the answer but they are only more profitable because agricultural policies are designed to assist large scale production.

She said that small scale farmers produce 70 percent of the food we actually eat. Large scale production wastes a lot of food, she said, plus more than 30 percent of those agricultural products go to livestock feed. The growing meat demand in developing countries has caused a greater need for feed production but this demand, Perfecto said, is misguided. Countries should have a balance in calorie intake unlike the U.S., she said, which consumes too much meat.

The issue is not if we can feed the world by 2050 but by what method, Perfecto said. Small scale farming is the solution she said.