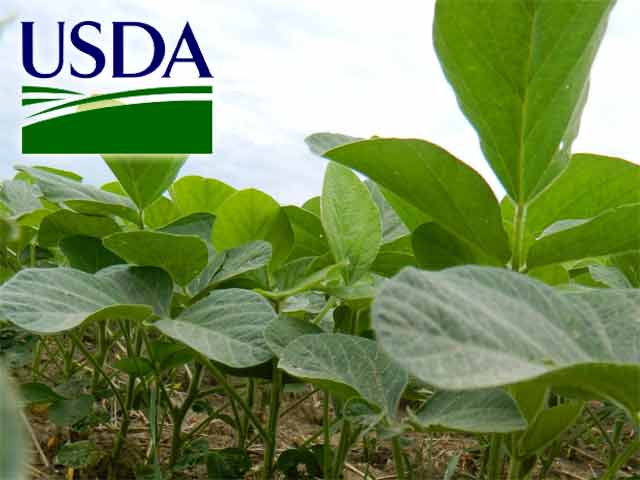 Crop conditions for both corn and soybeans declined this week as weather remained wetter than average. Storms pushed through the Midwest this weekend dropping localized rain on already wet fields. Other areas have not seen rain in two weeks and farmers were concerned about the dryness as the corn crop moves closer to pollination. Spring wheat conditions remain elevated following the ideal planting and growing conditions thus far.

Corn silking was reported at 27% silked, a 15% increase from last year, but 7% behind the five-year average. Of the five largest corn producing states, Illinois reported the most silked at 55%, followed by Indiana at 27%, and Nebraska at 22%. Warmer weather over the past week in large corn growing areas improved the crops maturation, but several farmers said today that they could use a little rain.

Soybean emergence was reported at 96%, a 3% increase from last week, but 4% behind the five-year average. Excessive wetness in Illinois has caused the soybeans to struggle. Unlike corn that can still produce an above average crop during a wet year, soybeans are do not grow well in wet conditions or as most farmers say, “Soybeans don’t like wet feet.”

Soybean blooming was reported at 38%, a 17% increase from last week and 1% above the five-year average. Of the five largest soybean producing states, Minnesota reported the most at 63%, followed by Nebraska at 42% and Iowa at 40%.

Soybean setting pods were reported this week for the first time. The USDA estimated 6% of the crop setting pods, 2% behind last year at this time and 1% behind the five-year average. The majority of soybeans setting pods are in southern growing areas.

For daily articles on farmland and agriculture, visit http://www.farmlandforecast.com/