Jerry Gulke: The Next Corn Mandate?

The ethanol mandate is wounded and there isn’t a 5-billion-bushel mandate on the horizon.
( Top Producer )

The 30-year history of corn prices says it all. To navigate most of those years I learned not only how to farm dirt but how to farm within and around the various government supply- control programs, which culminated with the 5-billion-bushel ethanol mandate in 2005/06.

Corn blew through the $3 price resistance thanks to the ethanol mandate and went even higher after back-to-back production problems.

The post-2016 tariff collapse saw price support build at $3.35. But it failed to hold with the March 2020 monthly key reversal on the heels of the ethanol collapse due to COVID-19. Near-perfect weather keeps huge ending stocks in play with the old pre-ethanol overhead resistance of $3 in jeopardy.

Bull markets have a tendency to return to the point of inception. In corn’s case it began around $2.60 to $2.70. In a market uninterrupted by government, prices seek market-clearing levels (a garage sale if you will).

We’ll have to deal with our oversupply. Globally we have 8 million to 10 million acres too many in production.

The ethanol mandate is wounded and there isn’t a 5-billion-bushel mandate on the horizon. I can compete with anyone except a government entity. We have to realize China knows it can’t rely on the U.S. for food, no matter which party is in office. Our competitors are ready to embrace the world’s No. 1 consumer.

Will history repeat itself? I hope not. All price supports do is raise the price bar for competitors. Get the old “target-

price mechanism” out of mothballs.  We’ll see who blinks first, the U.S. or third-world exporters.

Waiting for global demand to increase 5 billion bushels might take longer than some of us will be around to witness.

Jerry Gulke farms in Illinois and North Dakota. He is president of Gulke Group, a market advisory firm. Disclaimer: There is substantial risk of loss in trading futures or options, and each investor and trader must consider whether this is a suitable investment. There is no guarantee the advice we give will result in profitable trades. Past performance is not indicative of future results. 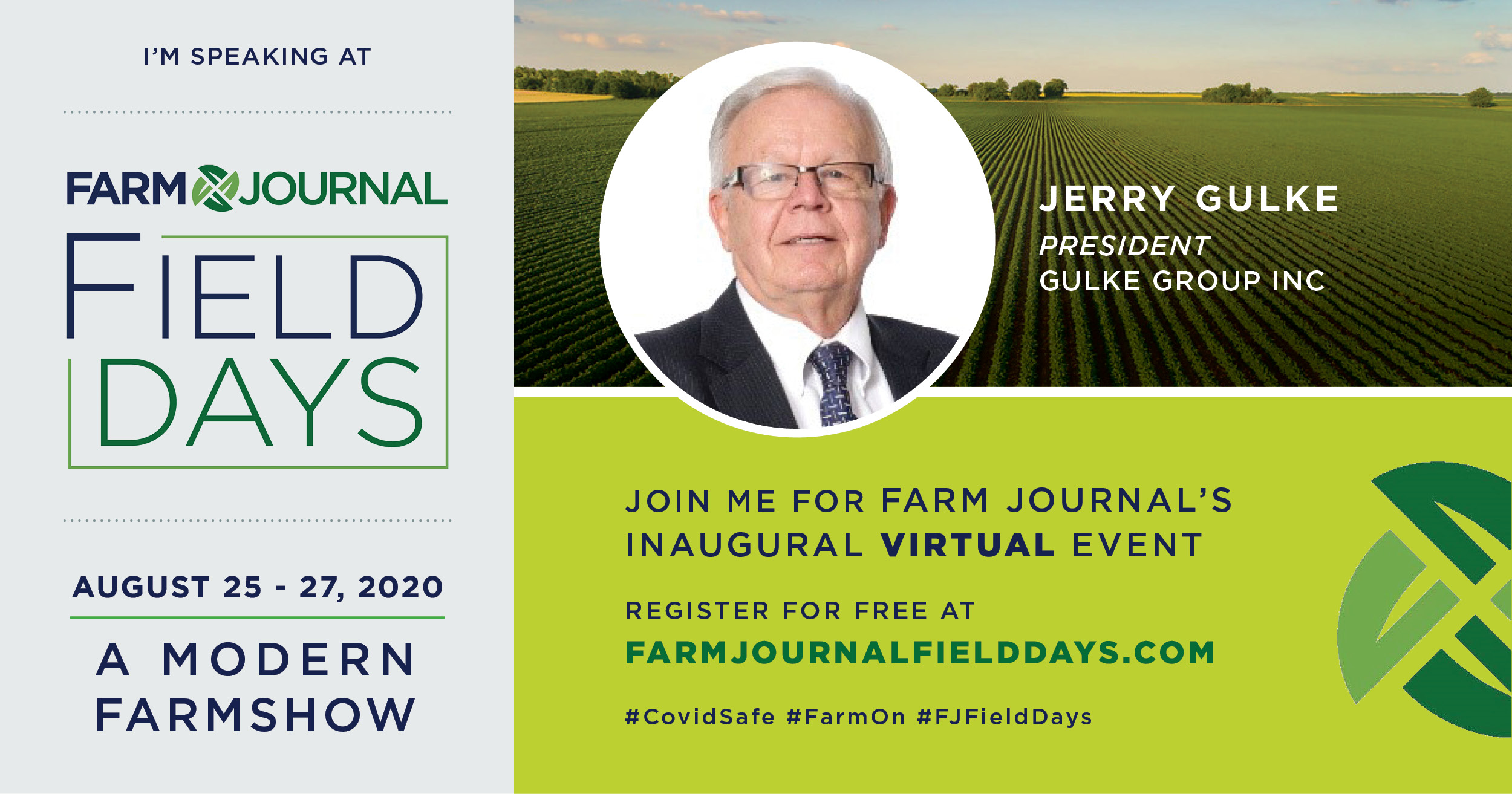