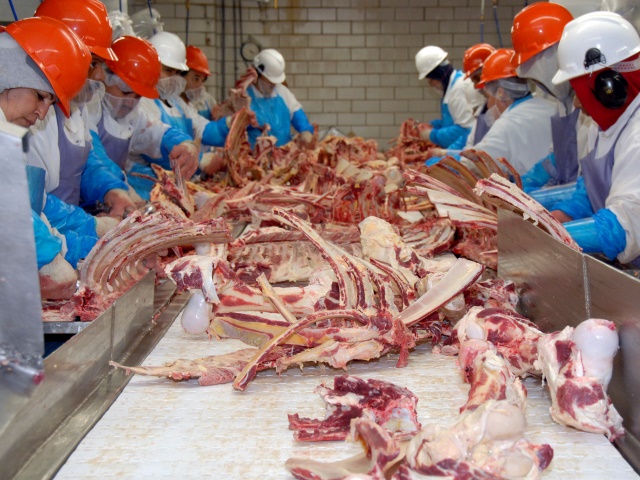 Beef packers saw their margins jump more than $86 per head higher last week, leaving average profits at $199, according to calculations by Sterling Marketing, Vale, Ore. Cattle feeders saw their losses increase marginally despite a $1 per cwt. gain in the 5-area cash steer price. Average feedyard losses totaled $380 per head on cash prices of $133.49. That cash price was $30.18 per cwt. short of breakeven. Packer margins are about $132 per head better than last month.

A month ago cattle feeders were losing $695 per head, while a year ago feedyard closeouts were $3 in the red, according to Sterling Marketing. Feeder cattle represent 79% of the cost of finishing a steer.

Farrow-to-finish pork producers lost $19 per hog last week, a $4 per head improvement from the previous week, and $6 per head better than the $25 per head loss found a month ago.

Sterling Marketing projects 2016 average cash profit margins for cow-calf producers at $237 per cow. Last year’s estimated average cow-calf margins were $429 per cow. Cow-calf profits for 2014 were estimated at $526 per cow.

Tags:
BEEF
They did not get mad, just even
John Phipps: Why Iron May be the Best Weed Fighting Tool Available
While $4 Corn May Be Unrealistic $3 Corn May Also Be Unlikely
Pro Farmer's First Thing Today: Wet Weather, Trade Talks and More
Kernel Rising: Cotton Could Soon Feed The World