The lending needs of farmers continues to increase, and the health of those loans is showing signs of deterioration, according to a recent report from the Kansas City Federal Reserve.
( AgWeb )

Financial pain is still evident in farm country. The lending needs of farmers continues to increase, and the health of those loans is showing signs of deterioration, according to a recent report from the Kansas City Federal Reserve.

However, the economists note, the overall increase in financial stress in agricultural lending has remained relatively modest and stability in the value of farm real estate has remained an ongoing source of support.

Here are the key findings from the Ag Finance Databook:

The volume of loans increased 11% compared with last year, the fastest pace of growth in the second quarter since 2011, according to the National Survey of Terms of Lending to Farmers. Operating loans continued to comprise the majority of non-real estate farm lending and increased more than 16%. The second quarter also marked the ninth straight quarter of a year-over-year increase in total non-real estate loan volumes. During these nine quarters, the annual pace of growth has averaged 14%. 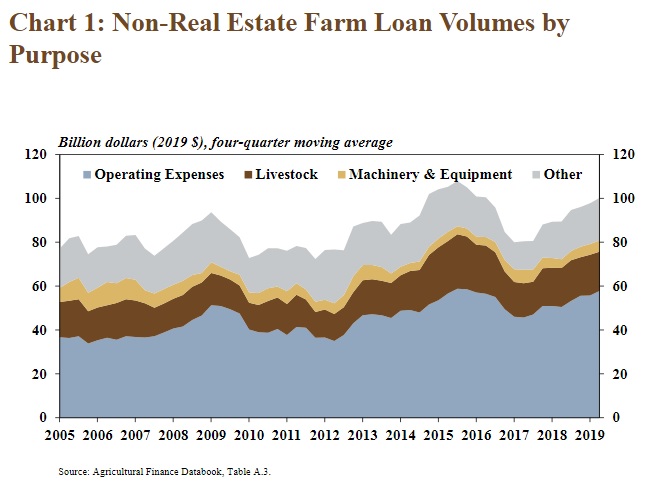 The increase in loan volumes continued to be driven by larger-sized loans. Compared with the 2000-to-2009 timeframe, the average size of all non-real estate loans in the second quarter was nearly $34,000 larger in 2019. Over that period, feeder livestock loans were nearly $40,000 larger while loans to fund current operating expenses more than doubled and were about $34,000 larger than the first decade of the 2000s. 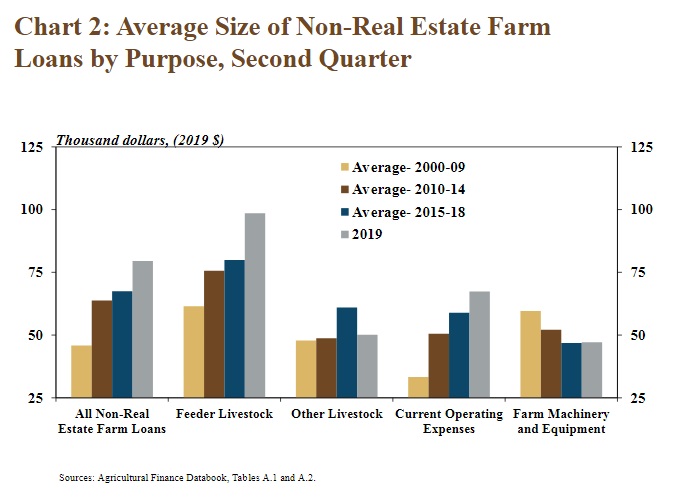 The volume of non-real estate farm loans exceeding $1 million was notably higher than previous years and contributed significantly to the average size of loans.

Alongside larger-sized loans, loan durations in recent quarters also have increased. Compared with a year ago, the average duration of all non-real estate farm loans in the second quarter increased nearly three months. That increase was driven by maturities on new loans at the largest agricultural banks. The average duration at the smallest agricultural banks declined slightly from a year ago, but remained above recent historical norms.

Despite continued weaknesses in the farm economy and mounting agricultural credit stress, farmland values were relatively steady. Changes from a year ago were less than 3% in most states. The value of non-irrigated farmland increased moderately in Oklahoma and also increased slightly in Texas, states more heavily concentrated in energy production. Cropland values declined modestly in most other states. 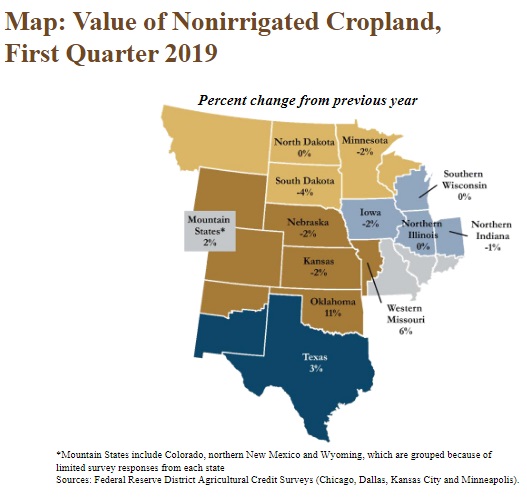 Here are a few other notable charts, data points and trends from the report: 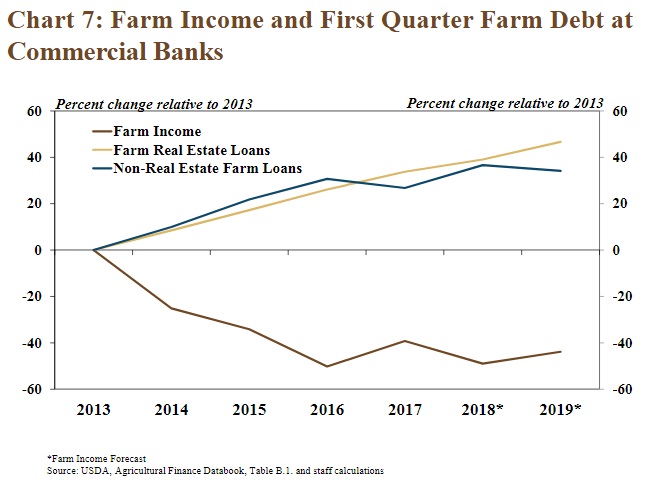 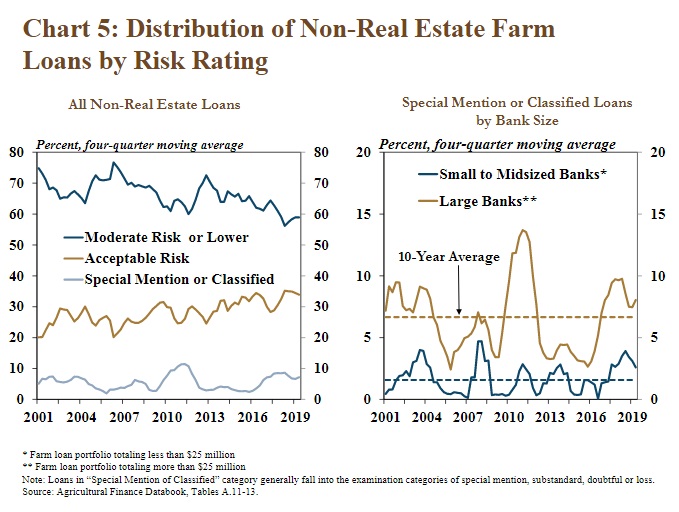