For the past two years, wheat acres have dipped to a 100-year low. For 2020, acres could challenge the 110-year low. The reason for the decline is easy to spot. 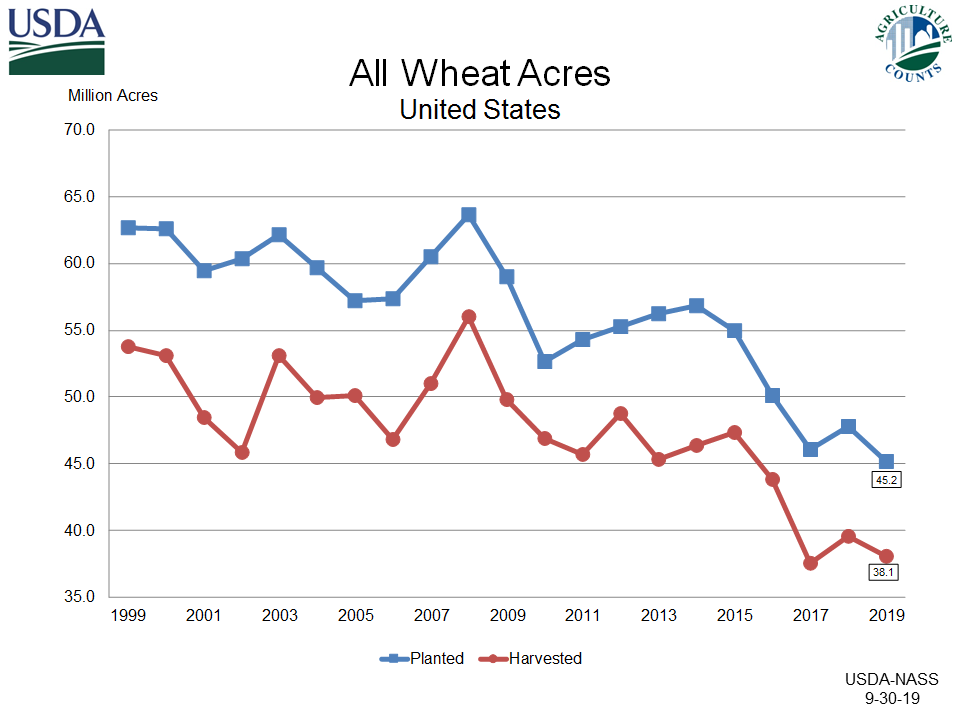 Going forward, acres are expected to stay close to the current level of around 45 million, according to the 2019 U.S. Baseline Outlook compiled by the Food and Agricultural Policy Research Institute (FAPRI) at the University of Missouri. 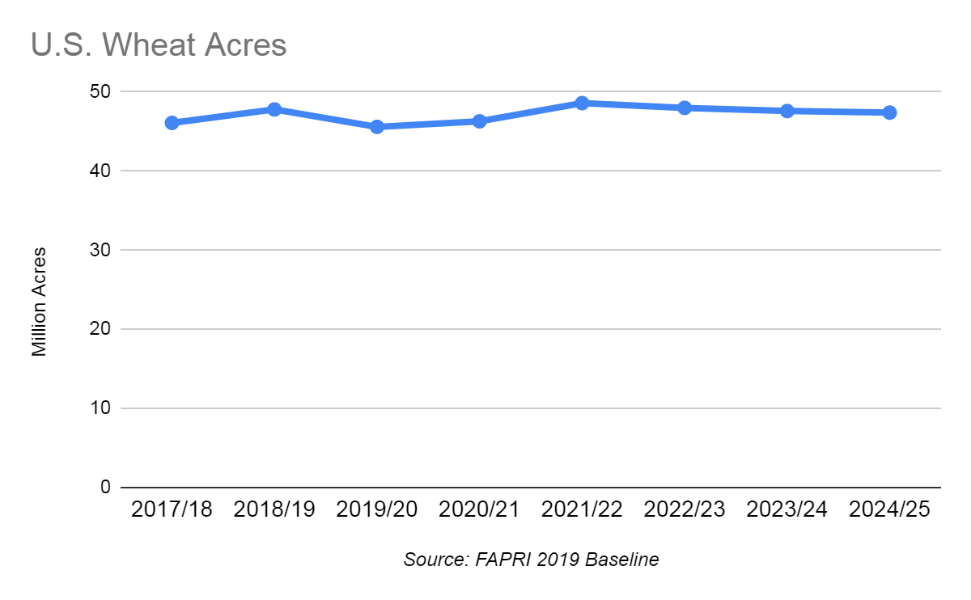 Prices are also expected to level out. For 2019/20, FAPRI estimates the U.S. wheat farm price to stick around $5. That price will likely be the average over the next several years. 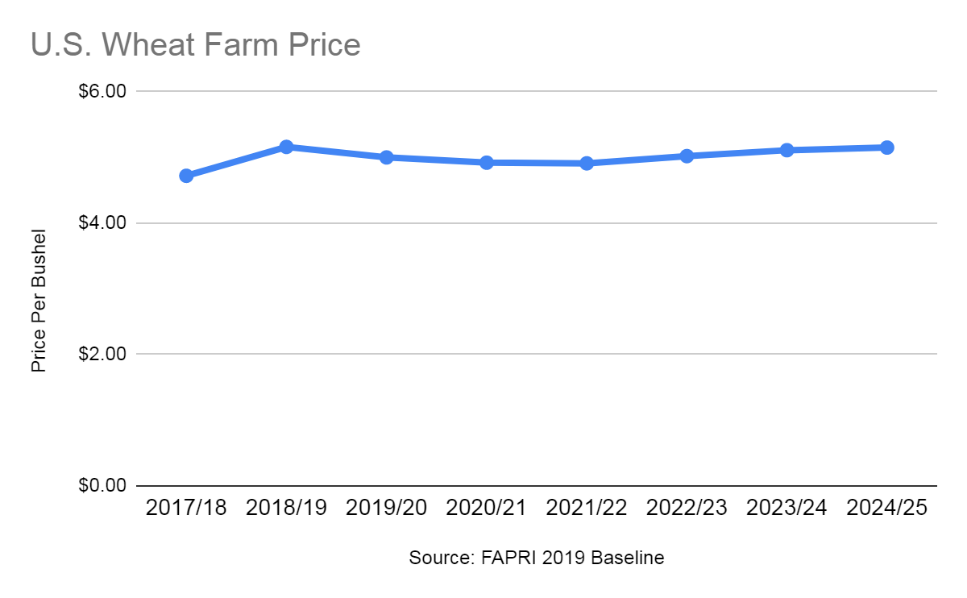 Forces at Play: Quantity and Quality

On the supply side, the world has a glut of wheat:

The good news in the global data, Anderson says. The Black Sea region (Russia, Ukraine, Kazakhstan) will have a stocks-to-use ratio of 9.6%.

“That tells you if they have problems with 2020 production, they don’t have any room to spare,” he says. “If they have a poor crop, we could see wheat prices get profitable again. But we won’t really know the state of their crop until June/July/August.”

The bright side of lower prices is they are incentivizing an increase in purchase volume, says Ken Zuckerberg, lead economist, grain and farm supply at CoBank

“Human consumption of wheat has been stable,” he says. “Wheat consumption for feed is increasing, since its price is low in absolute terms and relative to corn.”

This trend of high consumption could be a positive market signal in the year ahead, Zuckerberg says. It’s beginning to pay off for farmers, as feedlots buy more wheat. “With the shortage of high-quality wheat for next year, we’ve seen an increase in demand, which has caused tight basis especially in Kansas.”

Another encouraging trend in the wheat market is a continuing production efficiency story. “We’ve seen greater yields produced on fewer acres,” he says.

As wheat farmers plan their future crops, Zuckerberg encourages them to think about how to capture niche or supplier-driven contracts.

“Wheat is in so much of our value-added food,” he says. “Wheat farmers can be more consumer centric, and we could see a reinvention of the wheat business.”